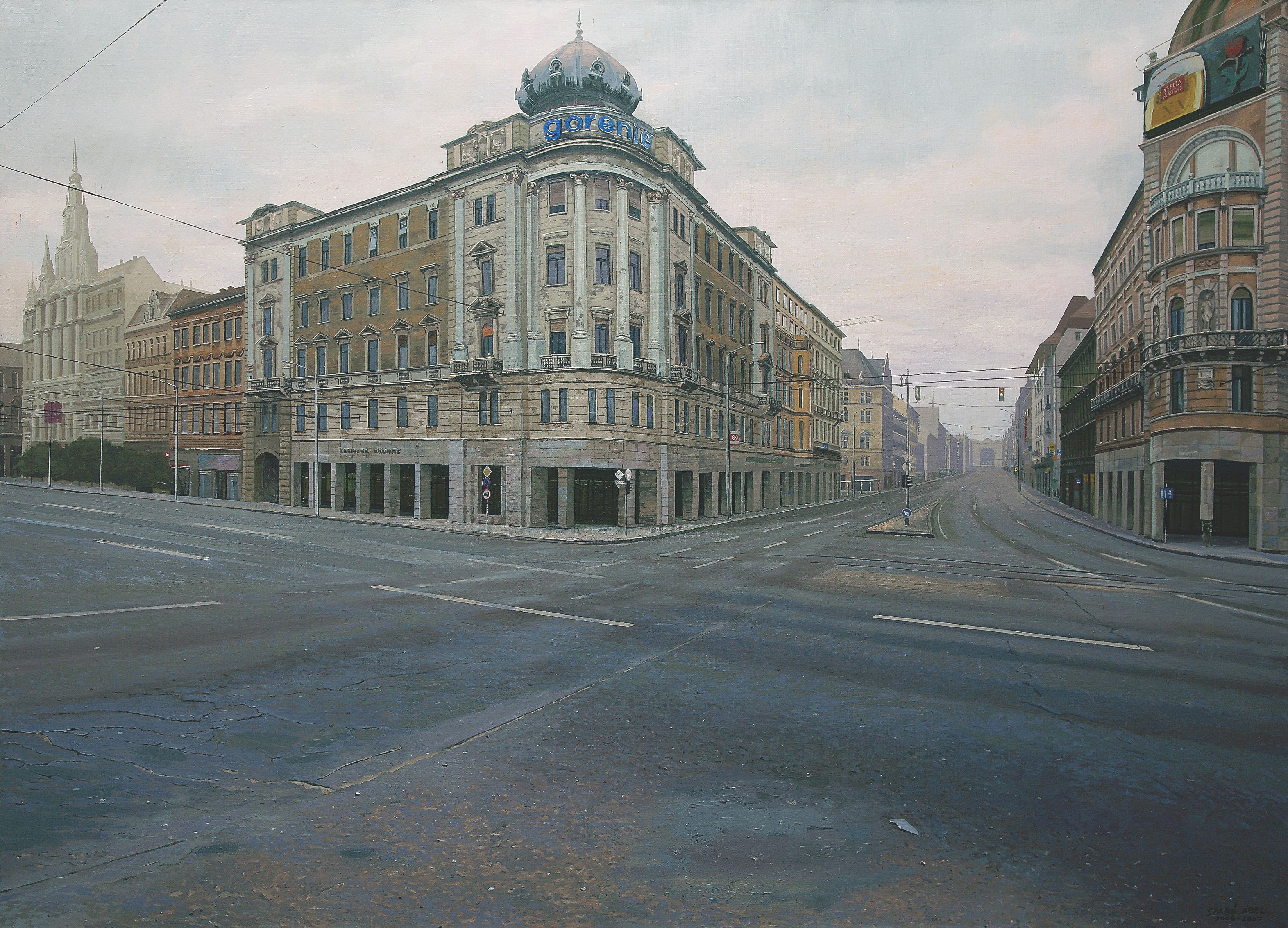 Ábel Szabó after a short graphic art activity started to the painting. Initially he created landscapes and still lifes, later he found his style as a painter in the trend of photorealism. As a documentary painter of the capital, he captures photorealistically the buildings, structures, streets and squares of his urban environment. Next to his paintings, his artworks are available as a high quality, numbered edition so-called gicleé prints, which made with the most modern inkjet printing technique. The colorits of the gicleé save their durability, as they are guaranteed by the French museums too, save their color quality for 99 years. On the “Blaha Lujza Square” we see the well-known place of the capital. The square, what is usually crowded with trams, people and cars,now is empty, extinct. At the corner of the square is a classicist style building with dome, next to this on the left we can see the tower of the New York Hotel. Moving away from the square’s horizon, appears the eclectic facade of the Eastern Railway Station. Ábel Szabó presents the emblematic square of the capital from a perspective point of view. This technique, which is known mainly from the Italian Renaissance, can be said for the artist’s characteristic type of representation. This Dilich-like documentary veduta, without genre figures, depicts the image of the empty city, without the trace of human life, statically, timelessly. This way what we can't see usually. "The realistic painting for me means the re-knowing about the neglected things in the world," says Ábel Szabó about his style. The artist is the member of the Sensaria, what was establish in 2006, in Budapest. His style is different as his more aristocratic groupmates’, who’s artworks are timless and abstracted from the everyday life, Szabó consciously insists to the objectivity of the everyday reality.