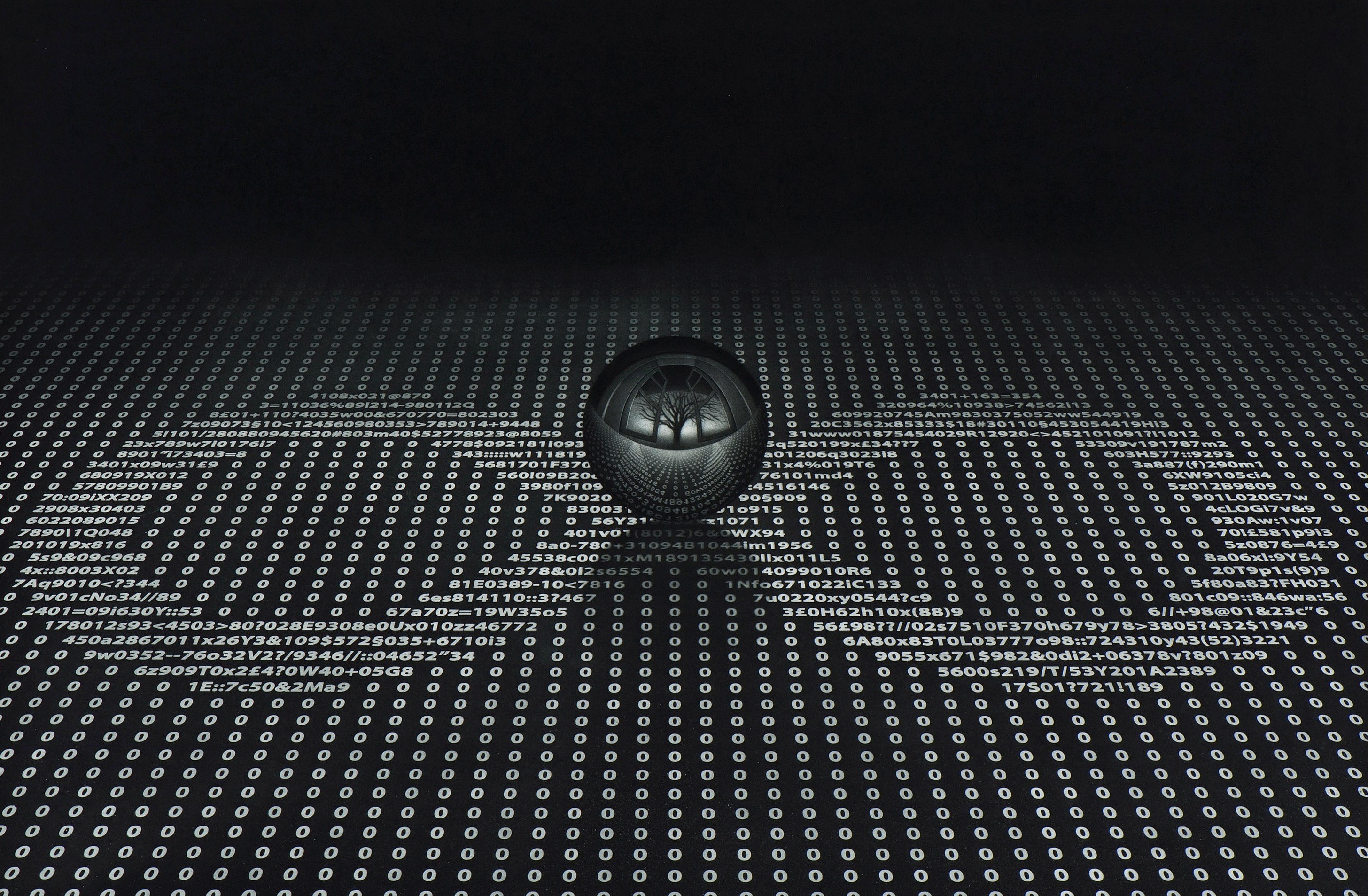 Guntars Sietins is a well-known master of the mezzotint (ruffled) technique, which is a graphic technique used for reproducing tonic drawings. He also uses the aquatint technique, in which use corrosive acids to deeping drawing. Both ara deep pressure printing techniques, the ink is applied to the paper from the recesses. On his artworks appear the metallic and cold spaces as a new dimension, at the cross of reality and illusion. On the centre of his black and white creations we can see floating geometric objects (letters, numbers, balls) which reflect the detail of reality. His art was inspired by the world of Maurits Cornelis Escher, who was interested the questions of the perspective and endless. He took the problem of the depiction for the two-dimensional objects into philosophical questions: he was researching the relationship between man and the world. Sietins’ artwork also analyzes the relationship between infinity and reality. On his mezzotint, we see a picture of a room enclosed in a metal ball. The room has a window into the nature, we see a tall, leafless tree. On the bottom of the taw reflects the plain space which contains black-and-white numbers and letters which are surrounding the sphere. This space is created by the columns of 0 which extend into infinity. The method of endless rows is broken in the centre by the shape of eight, what is created from numbers and characters, the laying eight is the symbol for the largest number, the Infinite in the mathematics. The infinite in a philosophical sense means the time and the space. Sietins' serie titled Characters starts in 2006, it contains clean compositions of graphic and spatial elements and explores the possibilities for visualizing the reality in the fine art. The illusory spaces and floating elements of his graphics, rised the artist's name internationally also well-known.