Painter, master of tapestry, and graphical artist Barna Basilides was born on March 3rd of 1903 in Tornalja. He started his studies in 1920 in graphical art at the Hungarian College for Applied Arts. One year later, he was accepted to the Hungarian University of Fine Arts, where he studied with painters Gyula Rudnay and István Bosznay. He graduated in 1925. From this year on, Basilides went on several educational trips to Italy, Paris, and Vienna. He was a founding member of the Spiritual Artists' Society. From 1929, he was a regular participant of the KÉVE-exhibitions.
In 1935, he was invited to Geneva, to design a tapestry for the Palace of Nations. He returned to Italy on scholarship in 1939. Between 1940-1941, he was a member of the Hungarian Association of Fine Arts, the Artist Colony of Szolnok, and artistic leader of the "Műbarát" ("Art Lover").
His artistic career peaked in the 1940's. After WWII, things became more quiet around him. Most of his paintings from this time were created for commissions from abroad. The artist, mainly known for his landscapes, died on February 12th of 1967 in Budapest. 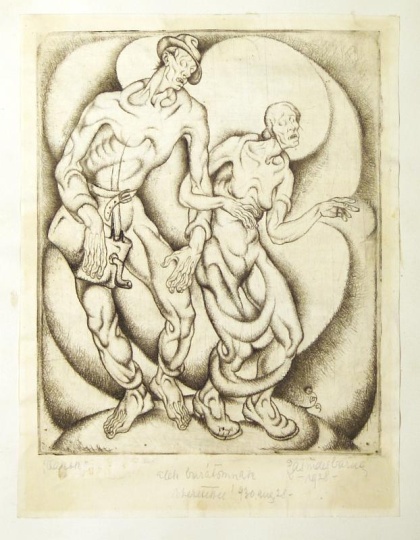