Dezső Czigány was born in 1883 in Budapest. He studied at Budapest, Munich and later in the Art Colony of Nagybánya (city in Romania) from Simon Hollósy. In 1905 he attended at the Julian Academy, where his teacher was the French historical painter Jean-Paul Laurens. He first exhibited in 1906 at the Salon des Indépendants’ exhibition. The academic and history painting did not affect him; he preferred the arts of Paul Cézanne, Paul Gauguin, Henri Matisse and Félix Vallotton. In the second half of the decade in the Hungarian “Vadak” (wild) style painted portraits drew attention to him.

When the Kecskemet artists' colony was established, he had already preferred Kecskemét instead of Nagybánya, Czigány was a modern painter. He was a good friend of the poet Endre Ady, he painted him several times. After the First World War he lived in France, when he came back to Hungary he organized collective exhibition from the South of France landscapes in 1927 in the Studio of the photographer Aladár Székely, in the Váci street (main pedestrian street in the heart of Budapest). In 1937 he committed suicide. Before this, he destroyed his family - including his third wife as well. 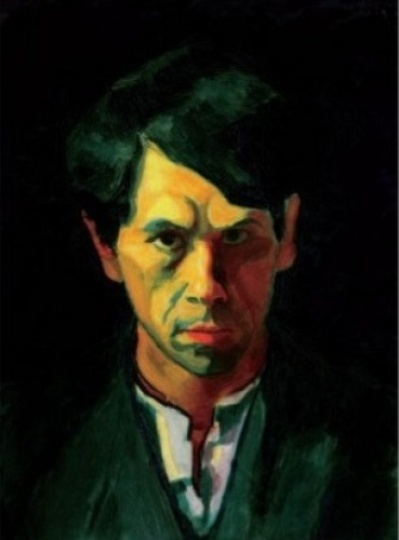