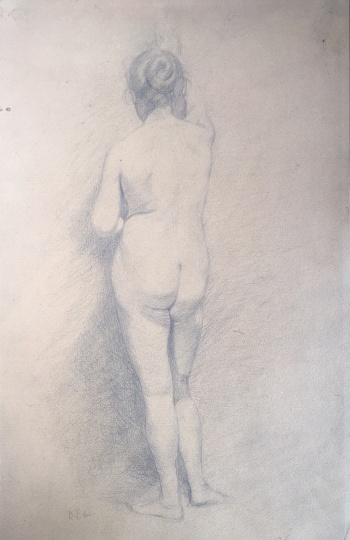 Lajos Deák-Ébner was born in 1850 in Budapest. He studied in Paris and Munich. His firs painting (children with parents) was exhibited in 1873 in Vienna. In this time he met with the French painting, and as a result of it, he moved to Paris. In Barbizon he made close friends with Mihály Munkácsy and László Paál. Munkácsy, the French J. Bastien-Lepage and J. F. Millet had a great influence on his painting. From 1874 he was a resident of the Art Colony of Szolnok city, he worked there, and he also participated in the founding of the colony In this period appeared the “Alföld” peasant type’s fresh, realistic symbolism in his art.


The realistic portrayal is typical of his painting, which is present mainly on the Szolnok painted pictures. He was the authentic portrayer of peasantry. Between 1887 and 1922 he was the head of the Women Painting School in Budapest. In 1890 together with Bertalan Székely and Károly Lotz he painted the frescoes of the Tihany Abbey. Between 1895 and 1899 he painted the Art Gallery’s frescoes. In 1918 he has a collective exhibition at the Ernst Museum.