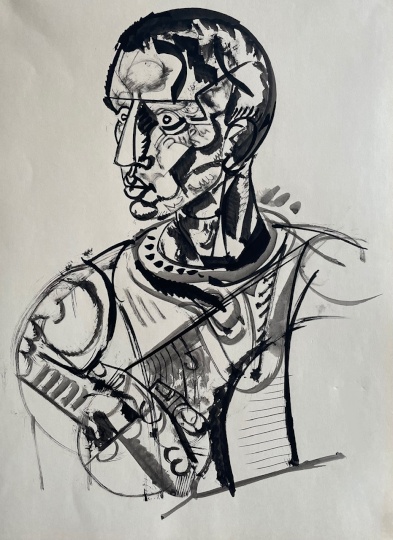 Portrait of a man 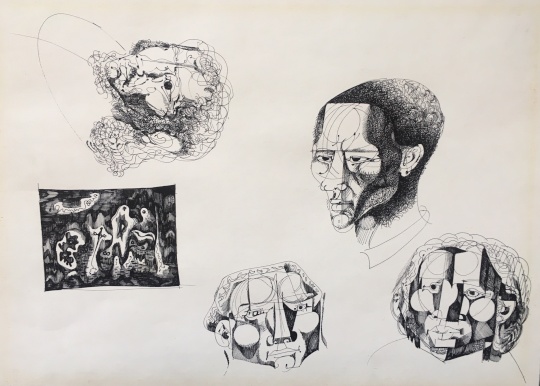 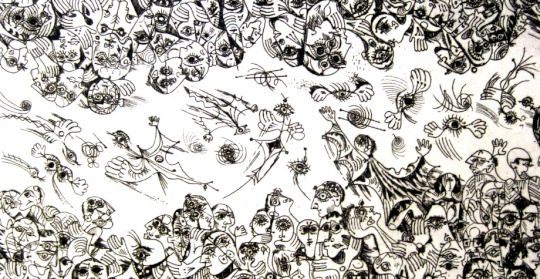 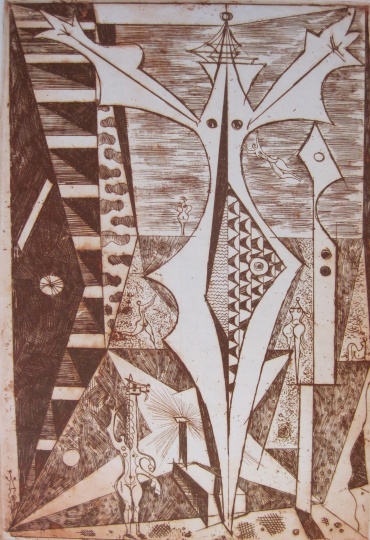 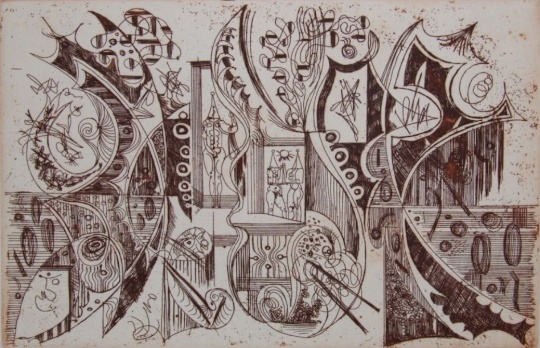 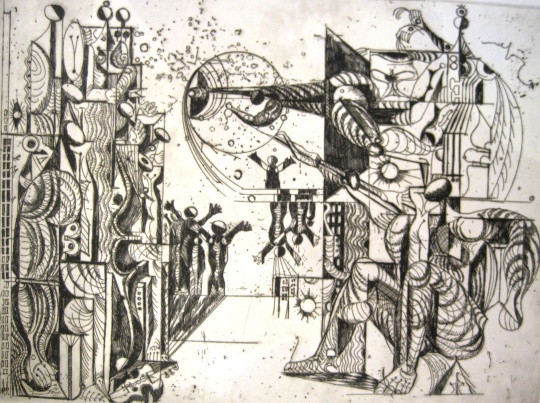 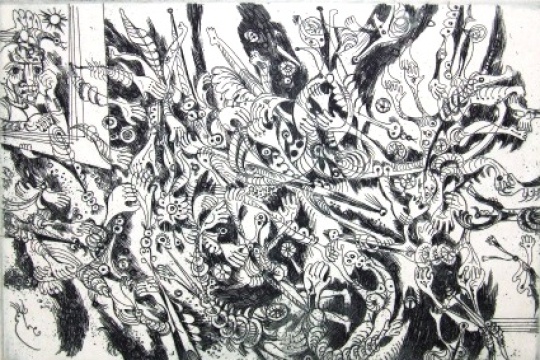 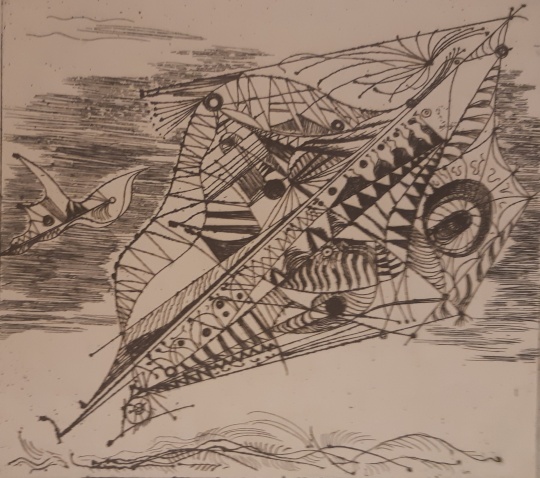 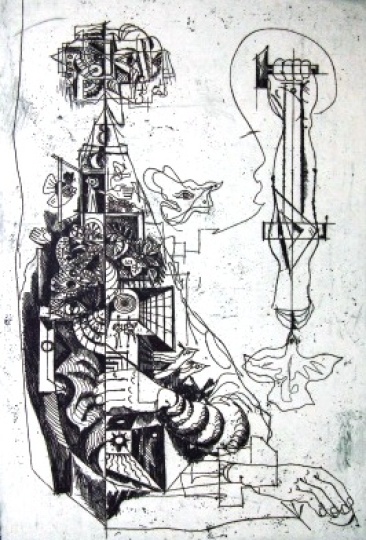 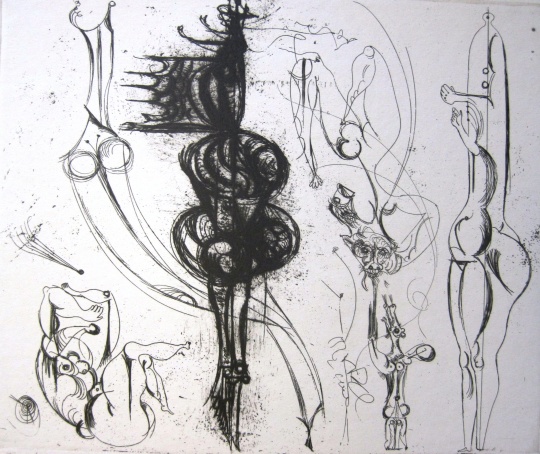 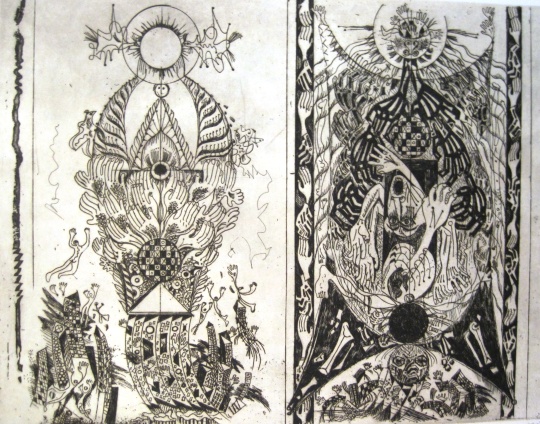 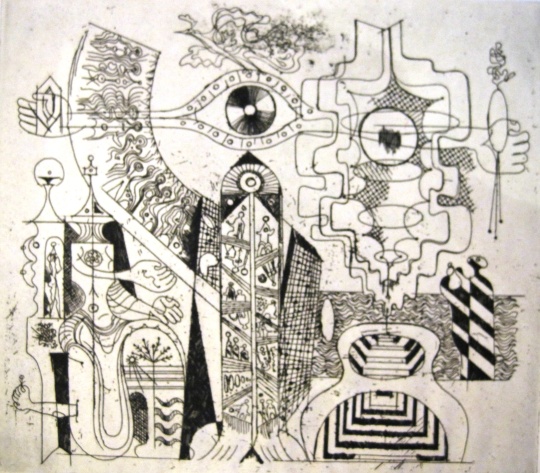 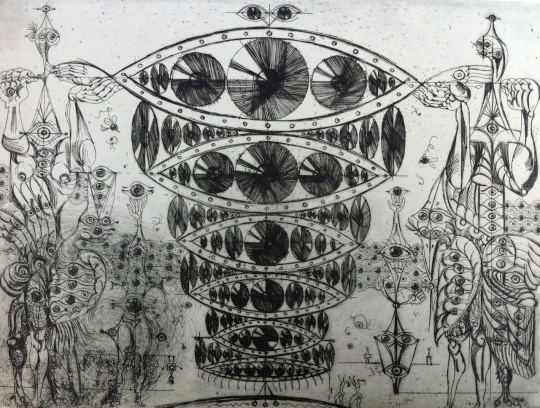 The art of Gyula Hincz is defined by the diversity of genres. In the artistic branches applied by him, he created outstanding works. Beside his paintings, he also worked on mural works, mosaics and tapestries. Additionally to his graphical works, also his book illustrations should be mentioned. In 1970, he participated at the Venice Biennale.

The neo-classical compositions in their surreal style and their expressivity complement each other. The works of virtuosic fantasy are often at the border of figurativity and non-figurativity. Through their confrontation, complex, often complicated, at first glance maybe even intransparent relational systems arise. In this system of fictitious constructions a unity of indefinable forms and concrete, well-known motives is created.

Everything is part of the construction of human figures and the composition of cosmically constructions. This complexity and density is defined by the accentuation, the centres, the direction of motion. The natural and mechanic forms develop their very own movement and functionality. The mode of composition, often filling the whole image are, reminds of stage setting or horror vacui and refers with the variety of shapes to the turmoil of carnival. The recurring symbols lift the message of the works on a higher level.

The geometrical forms (triangular, circle, oval) have at the same time a constructivistical and symbolic meaning. Some motives, like the sun, the eye, the bird are used with a traditional, newly interpreted, subjective meaning. Thus, they give room for free associations.

Eye of the world 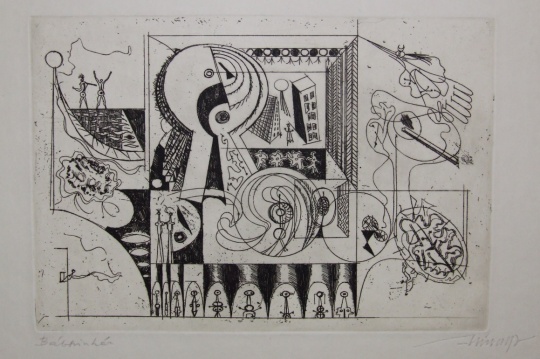 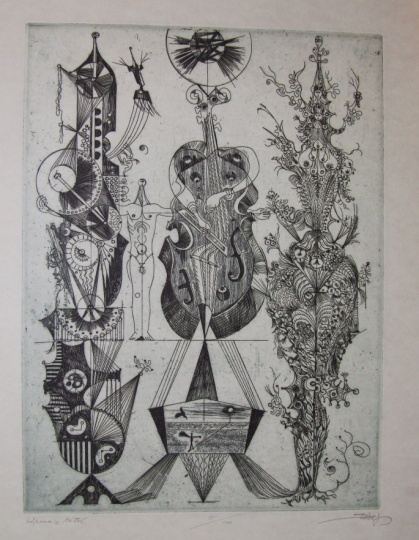 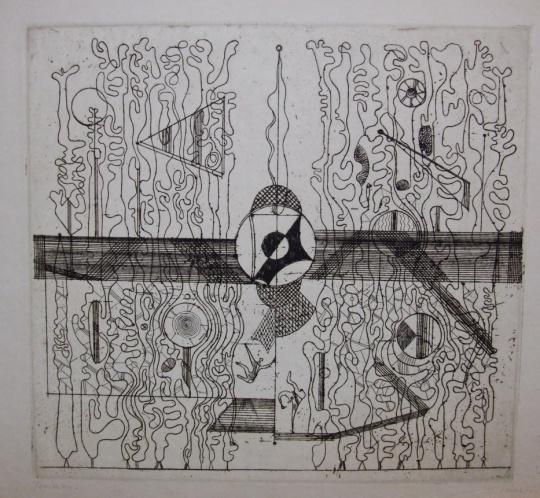 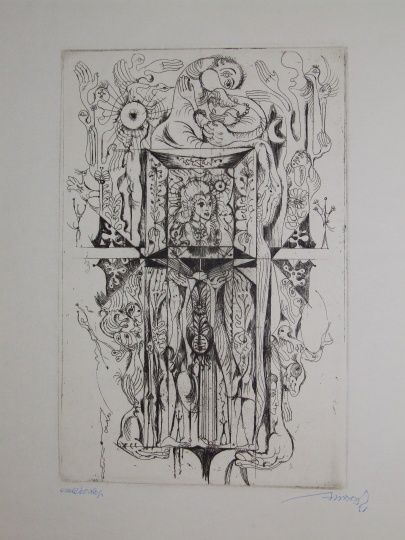 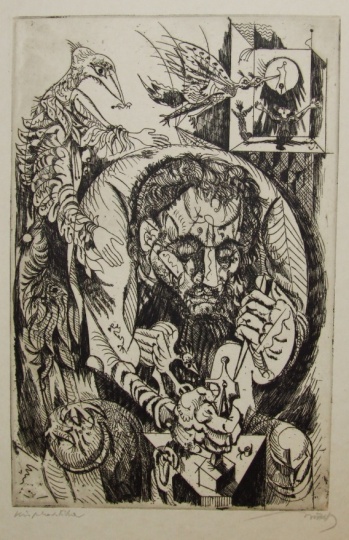 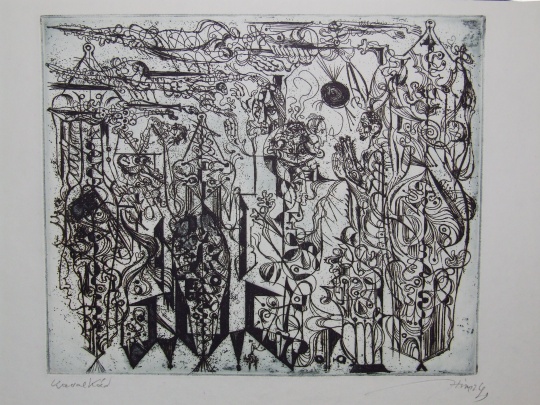 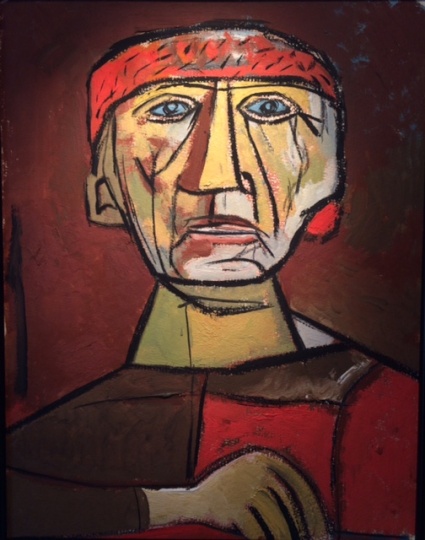 Portrait of an aborigine