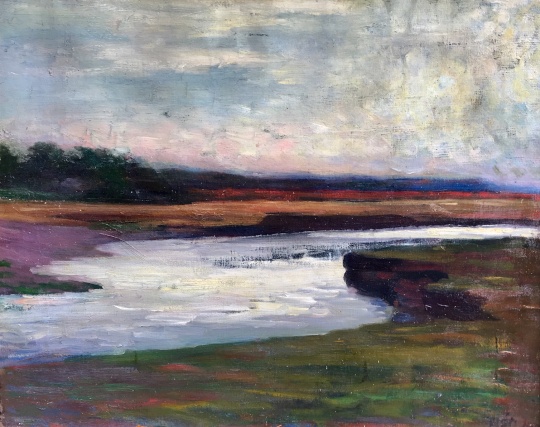 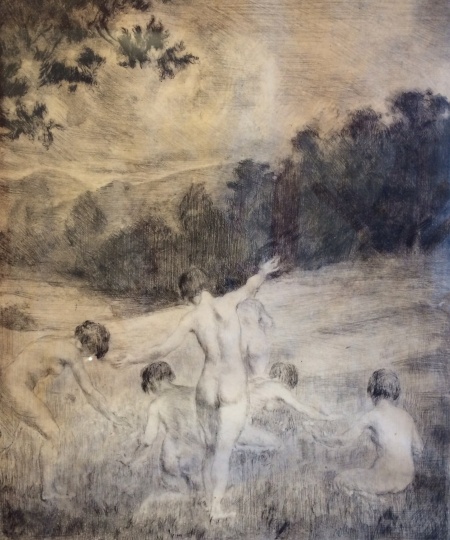 István Réti was born in 1872 in Nagybánya (city in Romania). In 1890 he enrolled to the Drawing School and he became the pupil of János Greguss. Later he studied for two years in Munich next to Hollósy, than he travelled to Paris, where he studied at the Julian Academy for six months. In 1984 for the encourage of Károly Lyka he travelled to Italy, than in 1904 he went to study to Vienna. In 1906-07 with Fraknó scholarship he travelled to Rome.

In 1902, Simon Hollósy,- the first artist of the Nagybánya Artist Colony –went to Tecső (city in Ukraine), and the Painting Free School was established in Nagybánya, where Réti became one of the leader. From the 1910 years he painted less, but he taught at the Painting Free School of Nagybánya, he corrected the young artist’s works. From 1913 he was invited to be a lecturer teacher at the Academy of Fine Arts in Budapest, where he taught until his retirement in 1938. Between 1928 and 1935 he was the rector of the collage. He carried on philosophical and art theoretical research, he wrote the history of “The artists' colony in Nagybánya”, which already in manuscript condition got the Baumgarten award in 1941. In 1942 he became the honorary citizen of his hometown, Nagybánya.

István Réti both in painting and graphic art, as well as in art history created lasting values. Many of his sketches, paintings, art research and art historical writing survived him. Some of his paintings can be found at the Hungarian National Gallery.