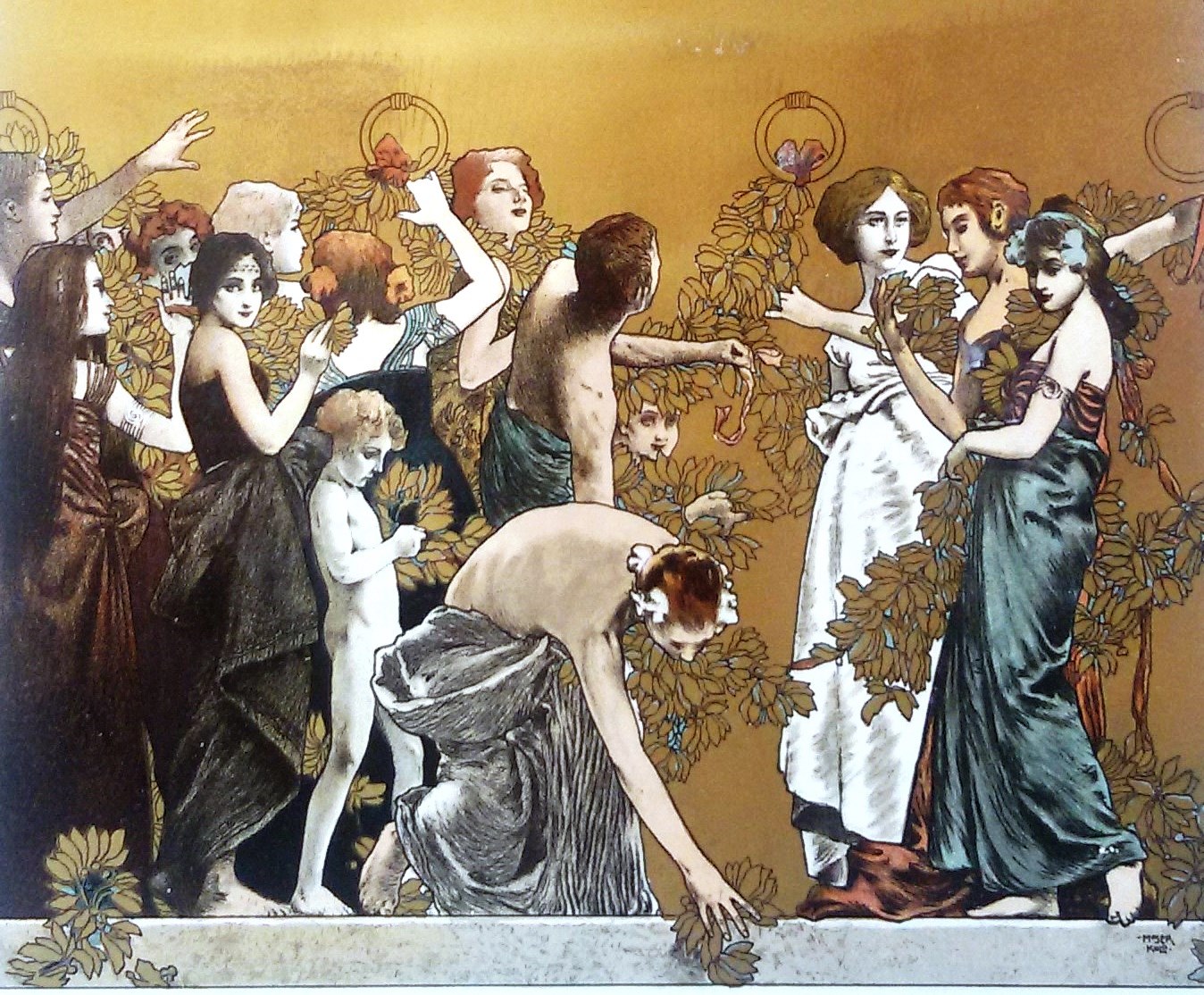 Between the end of the 19th and the beginning of the 20th century in all Europe experienced an artistic revolution starting from Symbolism and finally arriving to the Art Nouveau. This art was the mirror of a bourgeois-world that on a turning point wanted to renew itself, but consumed his own ideals in a refined Symbolism and a special balance between reality and abstractism.
In our Minerva room we show a selection of works on paper and two reliefs in bronze, illustrating in a short but interesting way the developement of this stilistic revolution though arists from Paris, Vienna and Budapest.
Starting its way from the drawings of Luc Olivier Merson (1846-1920) and Jean Beraud (1849-1935) though the fascination grafical work of Alphonse Mucha (1860-1939) the famous french masters of the so called “Fin de siècle” , the exhibition continues its way though the Vienna of Koloman Moser (1868-1918) and Rudolf Rössler (1864-1934), with their lively and beautiful chromolytographies and finally arrives at Budapest where Sándor Bánszky (1888-?1918) and Antal Lovasy gives us an idea of the “Jugendstil” period.