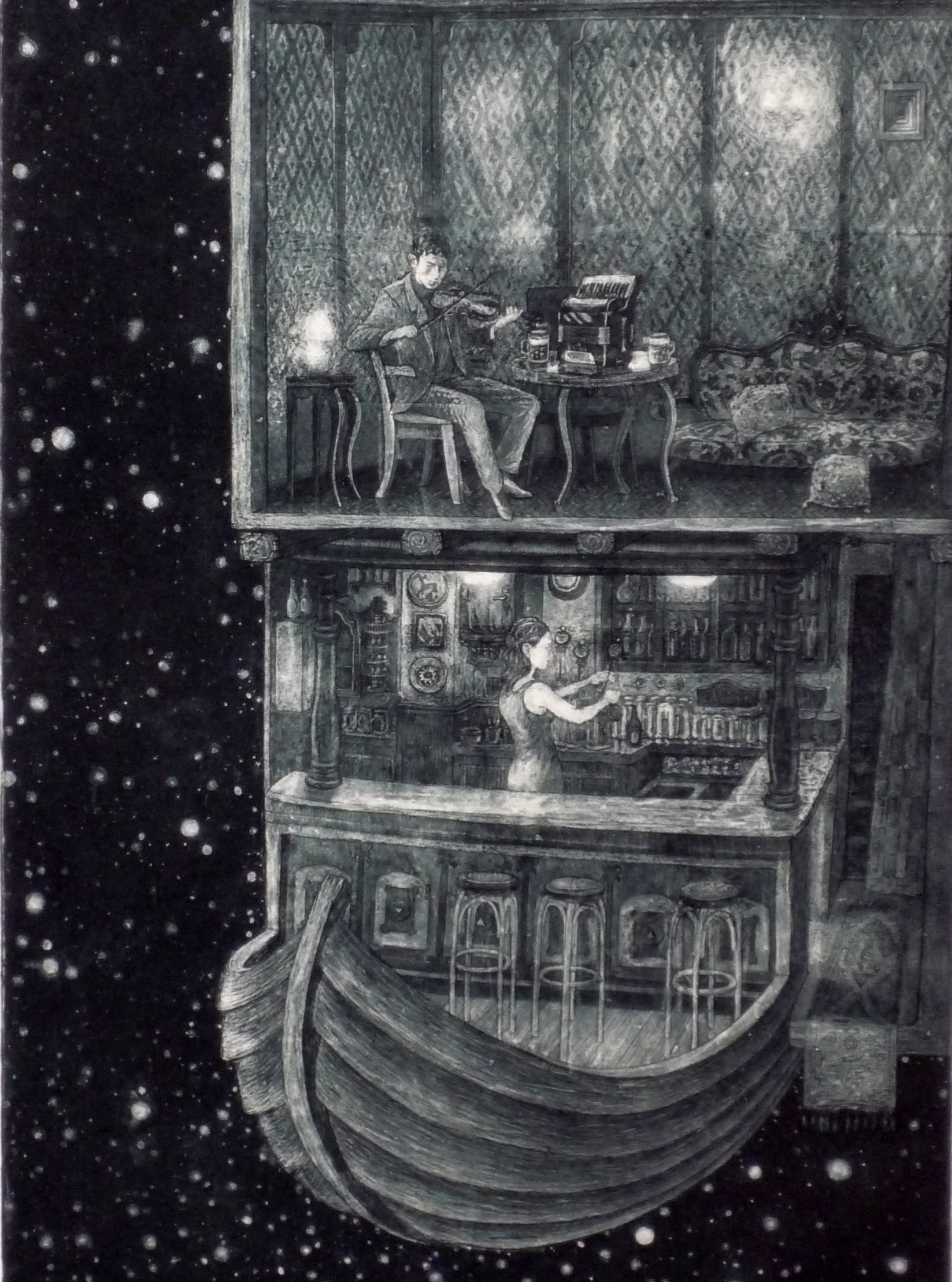 Etchings belong to the finest of reproductive graphical methods, it is an example of intaglio printing. It is basically similar to copper engravings, it also uses a metal plate with intaglio printing method, but whereas in the later the artist creates the lines with the help of an engraver and physical effort, with etchings the deeper lines are created through the effect of acid. Our Gallery has been representing graphic artists from the beginning (1953) and wishes to be also in the future an important centre of Hungarian etching artists.
The exhibition presents young etchers, Máté Dobesch (*1978), Kristóf Giczy (*1988) and J. Gergely Szabó (*1986).The artworks of the young artists combine in an interesting way modern motives with the fine, old technique.  At the same time we are happy to announce, that one of the great etching masters of today, István Orosz, who has been represented for a long time by our gallery, was nominated for the Prima Primissima Award 2013 (highest privately funded award in Hungary) in the category of fine art. We hope, that our exhibition as well as the nomination, lead to more public acknowledgement and recognition of the etching as a genre. 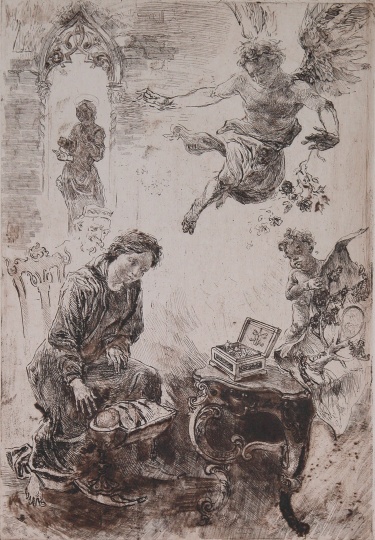 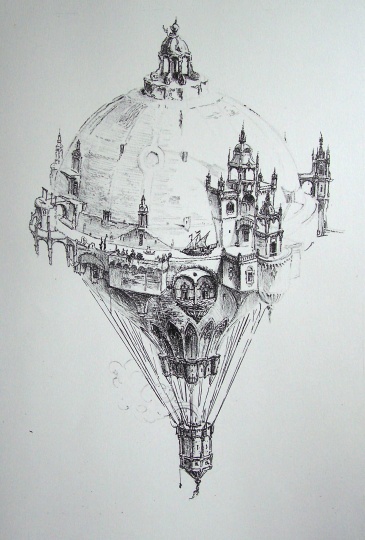 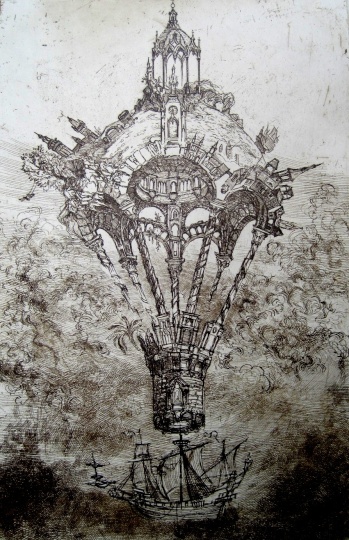 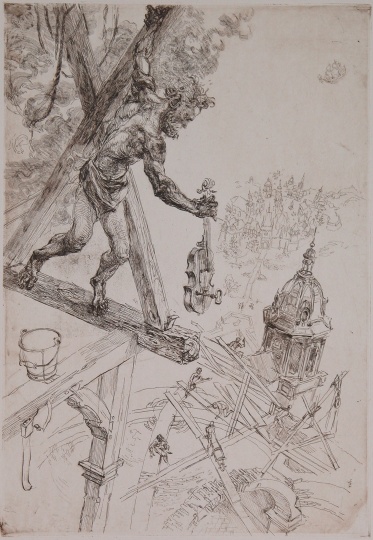 The month of Saint Andrew - November 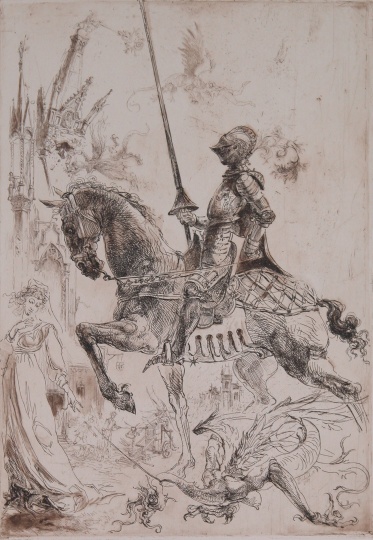 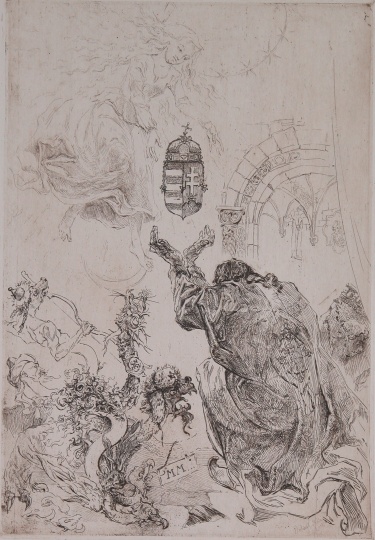 The month of the Virgin Mary - January 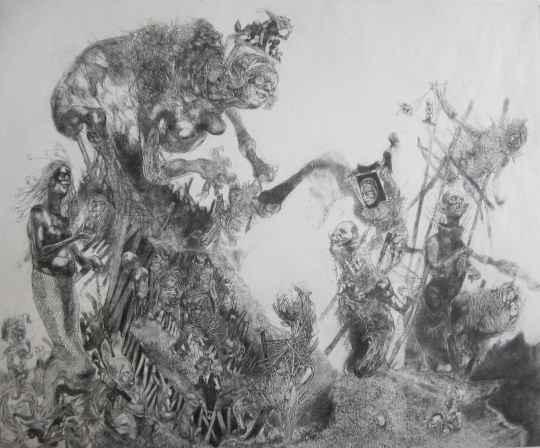 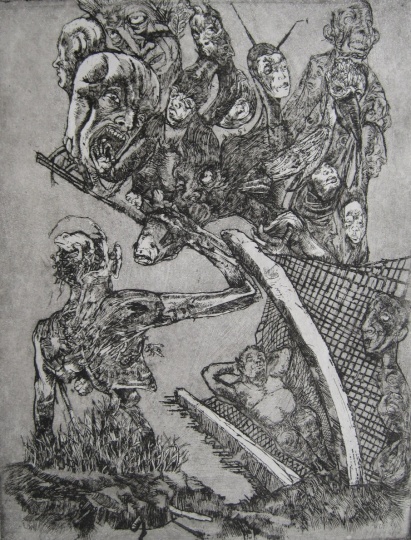 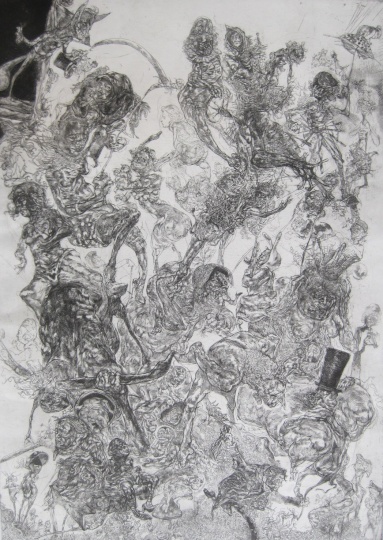 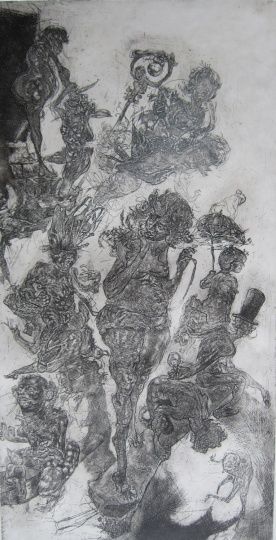 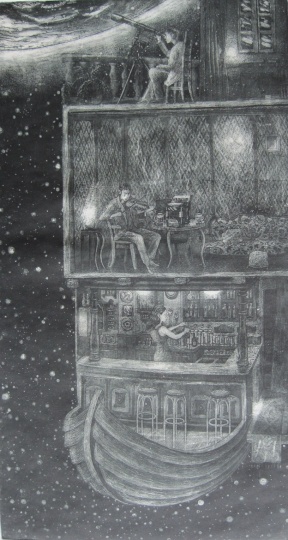 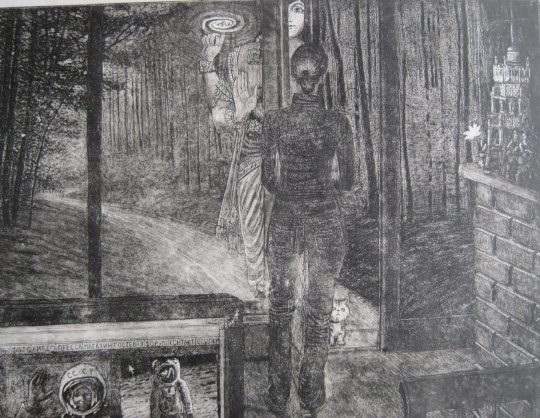 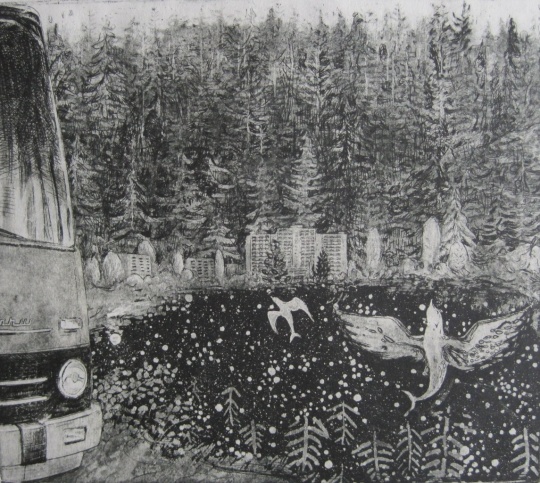 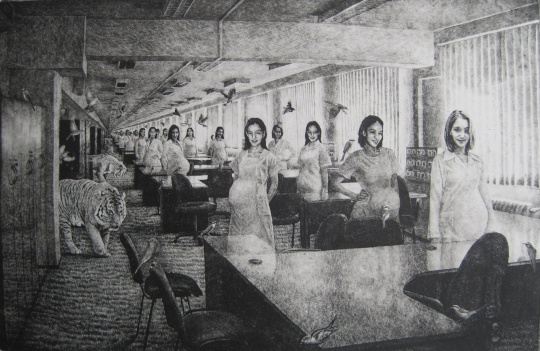 Research in the depth of the sky-scrapers 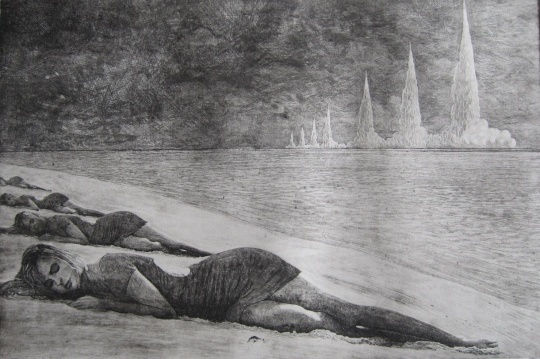 The invention of the world sold to a private collection (Russia)