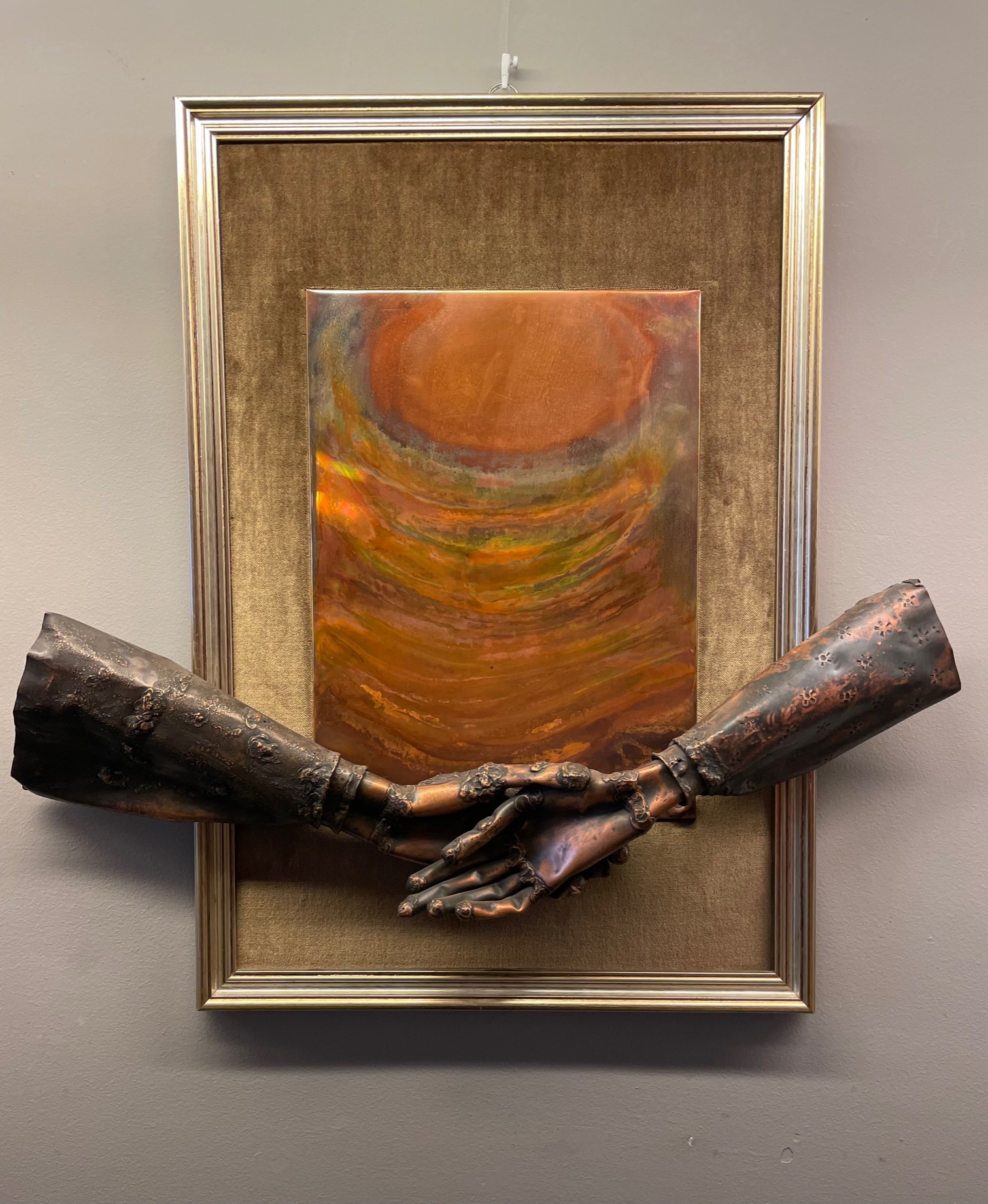 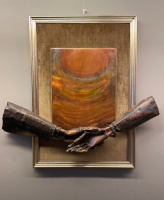 The son of the Kossuth Prize-winning goldsmith-sculptor István Madarassy studied at the Hungarian College of Applied Arts, where his masters were József Engelsz and Gyula Illés. The "repertoire" of the internationally acclaimed artist, which has been exhibiting since 1974, is very wide, ranging from small sculptures and monumental public sculptures to goldsmith's works, but also deals with sculptural and applied art reconstructions, restorations and set design. In the autonomous sculpture of István Madarassy, ​​his small sculptures and large - scale sculptures and reliefs mostly depict the symbols and figures of sacred iconography, but one of his works shows the well - known handshake of one of the emblematic works of Renaissance painting.
The hand of the Arnolfini couple, or the "handshake," depicts the "mere" handshake of the Italian supporter and wife of Giovanni di Nicolao Arnolfini, the two supposed protagonists of the painting. The upstairs swearing hands also refer to the engagement or marriage of a couple not seen in the work. However, according to some interpretations, because it is as if a woman's hand is about to slip out of her man, this ceremonial, almost formal gesture has more of an official, symbolic value than an expression of closeness, togetherness.
Whatever the truth, István Madarassy excellently reshaped the famous handshake of the portrait of Jan van Eyck in bronze.