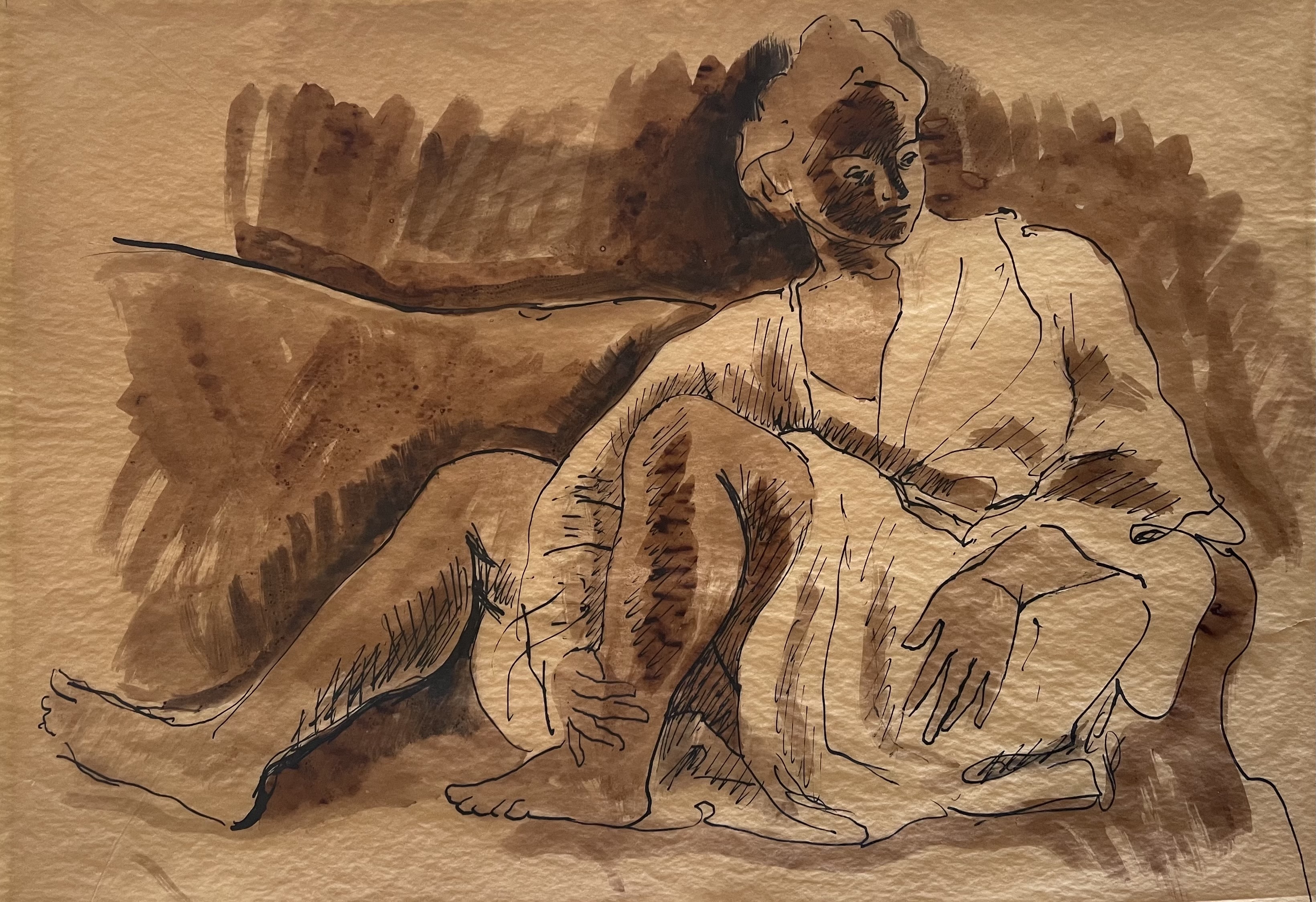 Béni Ferenczy, a former sculptor, medalist, cartoonist, watercolourist, illustrator and art writer, is considered to be an outstanding figure in twentieth-century Hungarian art. He began his studies at the famous painting school in Nagybánya, where he was taught by István Réti, and then "traveled" to Florence, where he was taught by a certain Joseph Beer.
As a beginner, he was an experimental artist, cubism and Art Nouveau were close to his art, and in his sculpture the refined, classicist style became dominant in later years. His works were mostly based on emphasizing the structure of the human body and embossing geometric shapes. His portraits radiate lyrical mood and emotion. During his life, Béni Ferenczy became known as a sculptor, but since the genre also brings an excellent level of drawing skills, we cannot forget about his graphics, including the Lying Woman. In her ink drawing we see a young lady resting on a sofa, looking at herself in a comfortable position. The model must have been Béni Ferenczy's wife of Russian origin, Erzsi Ferenczy, who served as an excellent model for the artist's drawing. Ferenczy made his model, drawn with fine brown lines, in his mature era. His precisely composed work also testifies to us about his unparalleled graphic skills. His colorful graphics put the artist at the forefront of Hungarian drawing, who was not forgotten by the history of art.