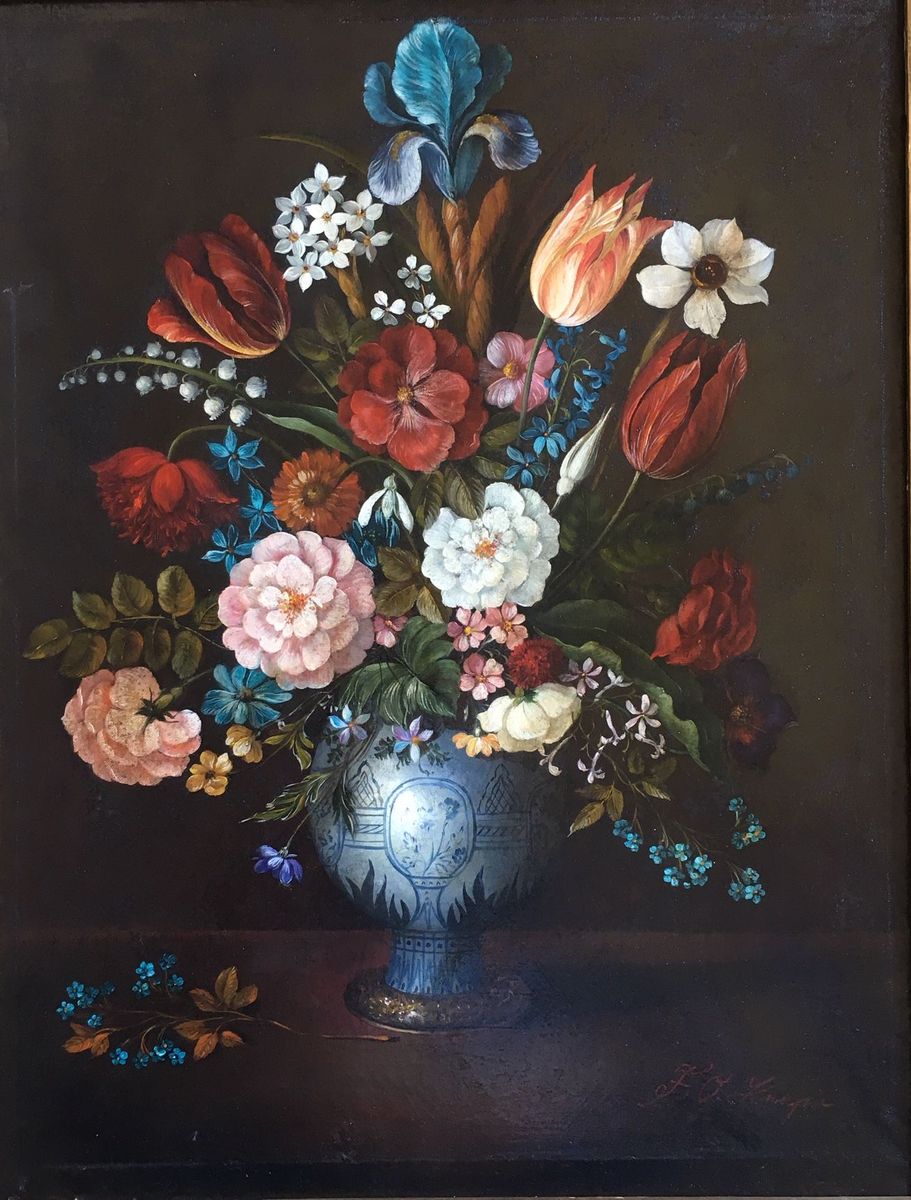 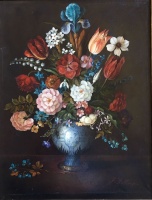 The Hungarian-born artist Oskar F. Knapp (1914-1987) painted mainly flower still lifes. His artworks are represented on many auction sites for example on the Dorotheum in Vienna too. They usually depict colorful bouquets of flowers which are in vase, or in keto on the table. This Flower Still Life is one of this piece, painted on canvas, with the style of old masters. This style itself turned to popular in the Netherlandish painting in the 17th century. Initially it had allegorical meaning, and it was showing relationship with the painting style of the winged altars. In this time was formed this style’s rules and technique. The artists of the following periods keep the character of this style, they are following the painting techniques for the predecessors, but with aesthetic and decorative goals. Oskar F. Knapp is also followed this, with his faithfully mimicking the invariably trendy style in the 18th century. The centre of the composition is an artfully arranged flower bouquet. From the ornamental decorated antique vase rise red, white, and blue flowers, with dark background. The bright color of the flowers, almost arranged a plane, shines the image, what is without perspective. This depiction uses typicaly of the panel pictures, so it is no coincidence that Knapp also mostly painted on woodpanel. Although the Flower Still Life is painted on canvas,but it’s very precise brush handling, the safety lines and the artist’s drawing knowledge rise it to the high quality artistic value. We have not too much information about the life of the painter, who lived and created in Vienna and Budapest. But the painter Tibor Wessely praises from Oscar Knapp’s art on the exhibition by Knapp Magdolna, who is the painter’s daughter: "He was everyone's "Uncle Osi", the student for Karlovszky Bertalan, who improved himself from the laborant the paint factory to a brilliant artist. He was the most bohemian painter and prankster, but he did’nt know the joke in the professionality, the craftsmanship, the structural drawing and the visual discipline, this things were very serious part in his life.