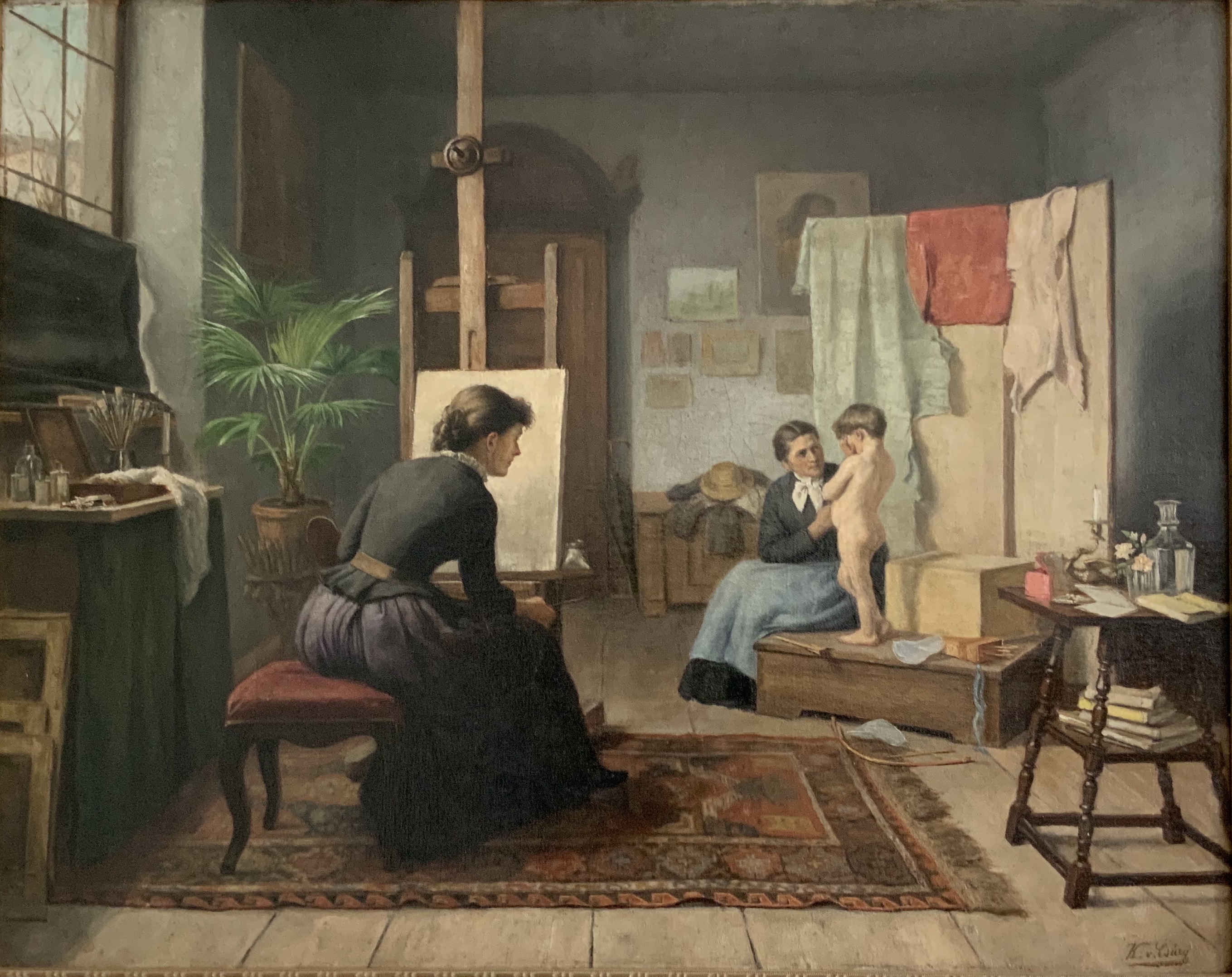 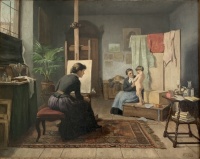 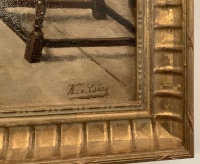 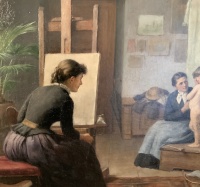 Károly Csuzy was a student of the Munich School of Art founded by Simon Hollósy. He later worked at the school's new artists' colony in Baia Mare, which became well-known as the site of a movement that started modern Hungarian painting. Although he worked at the painting school next to Hollósy in 1896, his art was not determined by the trends of naturalism and plein air represented by the people of Nagybánya, but by the so-called "Munich realism". His paintings were also made in the style of this. His work of this kind is also the genre image entitled The Macrose Model. In his painting, the artist depicts a homely studio scene. Young woman sitting on a small stool in front of her easel. The canvas is still empty, the model, a small child turning away shyly, is gently encouraged by the older woman who “accompanies” her. The spacious room has brushes, small bottles on the desk, picture frames on the floor, books and a candlestick on a small table. Colorful drapery hangs from a screen, the model standing naked on a podium. In the background of the composition we see a robust cabinet, the wall is covered with pictures and sketches. The tale of the picture is unambiguous, the movements of the characters in the scene are clear. This is how the followers of “Munich realism” believed in presenting reality, the reality of life. In keeping with the general attunement of the era, they sought to integrate every detail of the image into a tonal unit. The models are sculpturally painted and plastic, and the objects are presented in their material nature and fabric. Following this trend, Károly Csuzy watched and painted even the smallest details with meticulous care. His delicate brushwork and harmonious composition set his work apart from the line of academic paintings. He certainly worked after a model, without any stylizing intentions, without changing anything in reality. Later, the painting of the followers of the Munich school also changed, the best painters in Nagybánya sought individual ways under French influence. We do not know the dating of Csuzy's picture, we can only assume that it may have been made before the year of Nagybánya, in the heyday of Munich realism.