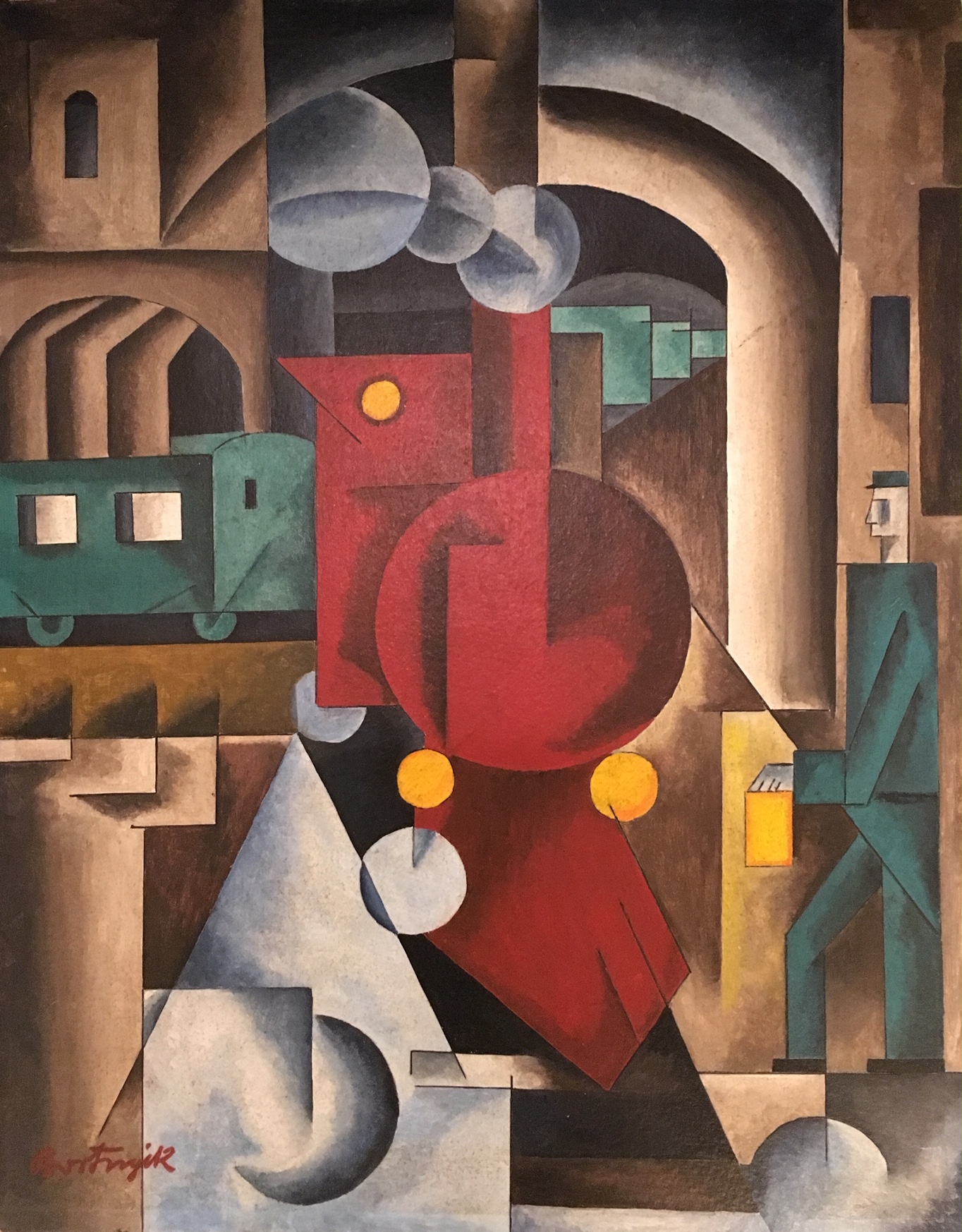 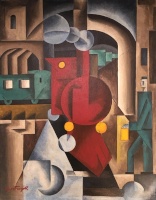 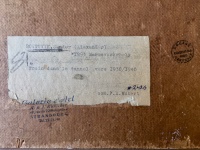 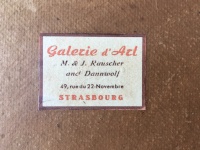 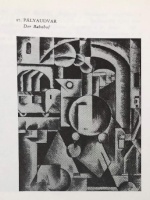 Sándor Bortnyik gained a reputation as a renowned creator of the Hungarian avant-garde. He was a highly talented member of the activist movement, successfully combining the tools of futurism, cubism and expressionism in his work, and his artistic style was mostly influenced by German expressionism and French cubism. Between the 1950s and the 1960s, he returned to the early, activist era of his art, when his works were built on geometric and cubist forms. Nothing proves this return better than his oil painting Train in the Station. In his painting, the composition consists of geometric shapes (circles, rectangles, triangles): a locomotive approaching from the front, which is also a motif that appears in Bortnyik's 1918 painting Red Locomotive. To the right of the train is a figure holding a rectangular yellow lamp, which is also an ornament in Bortnyik's painting at the same time (Lamp Lighters 1921). Behind the train, painted in green and red, the gray-brownish-black façade of the station, interspersed with arches, emerges. There are inscriptions on the back and bottom of the picture, and following the Strasbourg gallery and the French customs stamp, the painting was certainly sold in a French exhibition.
Bortnyik is known to have done a copper engraving he made in 1921 with the title Railway Station (der Bahnhof), which was also featured in the 1977 Bortnyik Memorial Exhibition of the Hungarian National Gallery. In all likelihood, the artist was able to  create the "Train at the train station" as a copper engraving first and painted it after the etching in the 1950s. His high-quality work is a real rare occasion on the hungarian and international artmarket.