Painter Gyula Batthány, great-grandson of the first Hungarian Prime Minister, was born in Ikervár in 1887. He studied at the Julian Academy (Paris), and from 1907 in Munich, under Angelo Jank's guidence. He honored Janos Vasary as his master. He exhibited with Fülöp Ö. Beck in 1914 at the Ernst Museum. Between 1921 and 1938, he was a regular exhibitor at the Műcsarnok Art Museum and the National Salon.

His paintings are sensual rather than sensible. Drama and tension are not characteristic of his works, we rather see pomp and celebration. Art Nouveau influenced him from an early age on; sweeping, dream-like images, organic, wriggling shapes and lines are the leit motif of his art throughout his life.

Batthány often chose glorious aristocratic social scenes as themes for his paintings. His depictions of luxury prostitutes, elegant gentlemen, gangsters, and theatrical, posing characters of the aristocratic milieu are very distinctive and unique.

In addition to his success as a painter, he was an acknowledged book illustrator, stage director, and costume designer as well. His series of Hungarian historical drawings were published in albums. As a graphical artist, he illustrated Ferenc Herczeg's and Cecile Tormay's works, among many others. 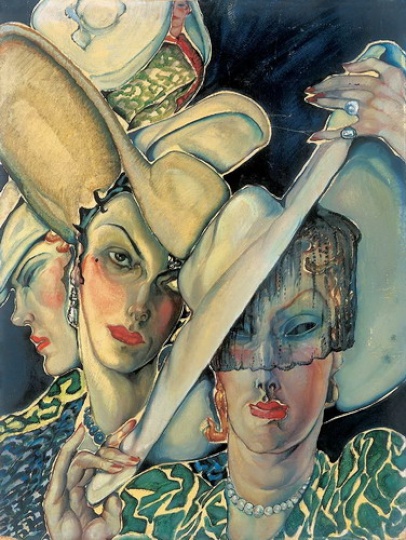