György Zala sculptor was born in 1858 in Alsólendva (city in Slovenia). He studied in the downtown real school in Budapest, where he also taught drawing. After the graduation exam, he enrolled first to the technical university and then to the sample drawing school, to receive drawing teaching qualification. Even at this time he practiced the patterning, with his first attempted, the “Prometheus chained to the rock” he won reward, and he also received state grants. He travelled to Vienna, to the Academy of Art, where he became the pupil of Edmund von Hellmer. In 1880 he went to Munich, where he studied from Knabel, and under his leadership he modeled the lovely idyllic statue, the “Baby afraid”, which grounded his future. After the death of Knabel, Max Wittmann was his teacher than he studied from Michael Wagmüller, after his death he went to Eberle Sirius, and in his school he graduated as an artist.

He returned to Budapest from Munich in 1884, and this time he modeled the wide array of outstanding works. Then he prepared that group of the statue, which was portrayed the Mary and Magdalene in an entirely new conception. This work on the Munich Academy of Fine Arts exhibition caused general sensation, and the professoriate special recognition was attached to it. The sculpture group later was exhibited in the Art Gallery of Budapest as well, where he received the Fine Art Society’s 200 gold artistic award.

On the national exhibition in 1885, György Zala was entrusted with the settlement of the sculptural group. The statue committee asked him to draft the memory of the martyrs of Arad as well. The monument set up in 1889, and with one of the shape of a sculpture group, the “Combat Skills” he won the Augustine Trefort Minister founded, artistic great gold medal. In 1892 his military statue was set up in the Buda Castle. He was admitted to the ‘Demokratia’ Masonic lodge in 1890. His Csukássy-tomb titled work on the exhibition in Antwerp in 1894 won the gold medal of first class. For the great Millennium Monument he was commissioned in 1894. In 1937 he was elected member of the Hungarian Academy of Sciences. 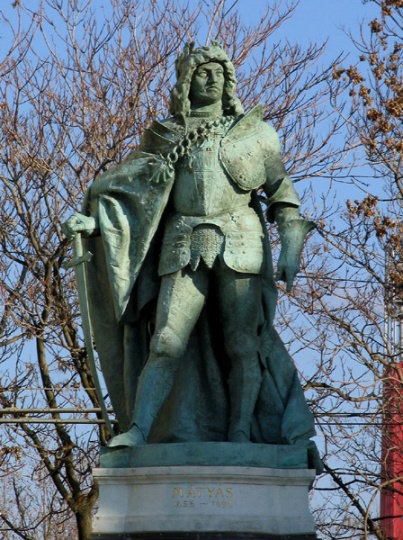 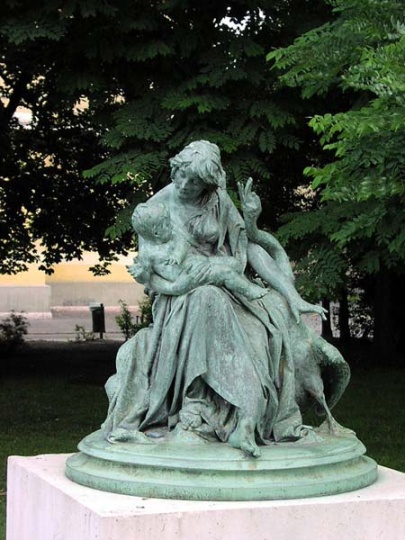 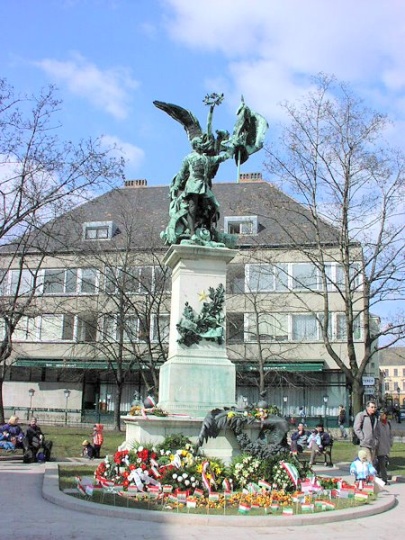 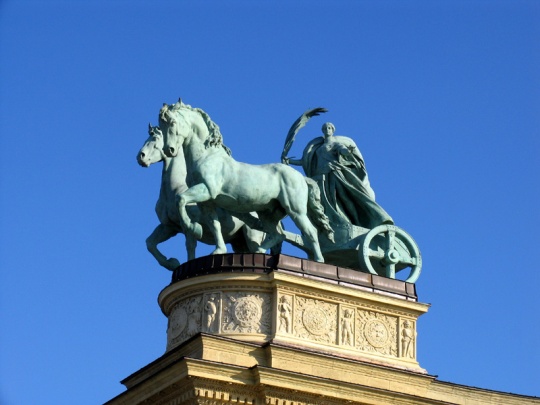 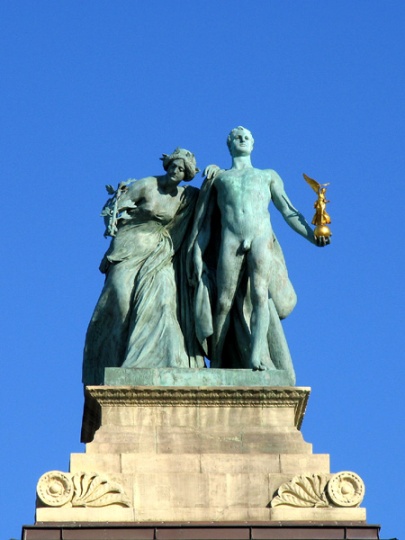 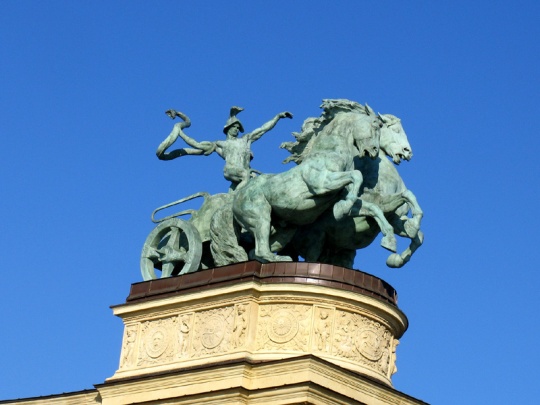 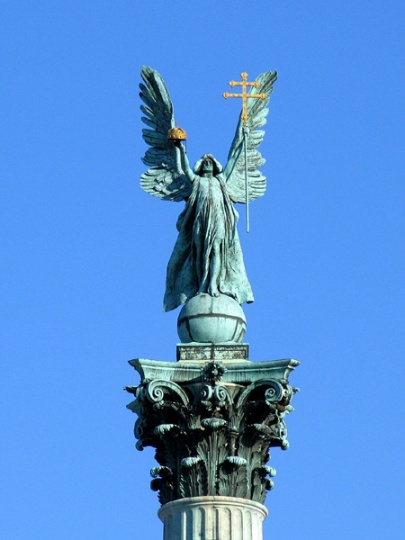 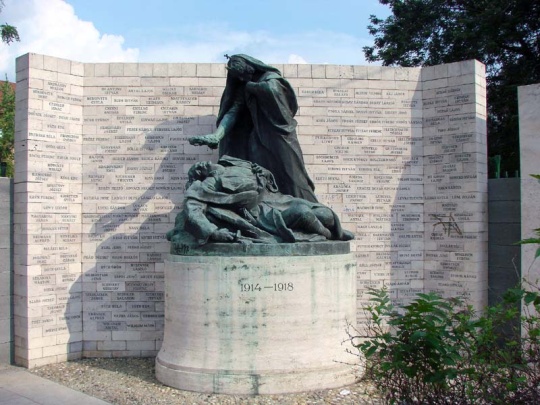 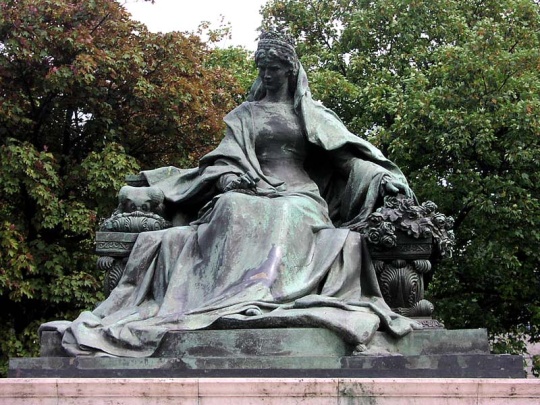 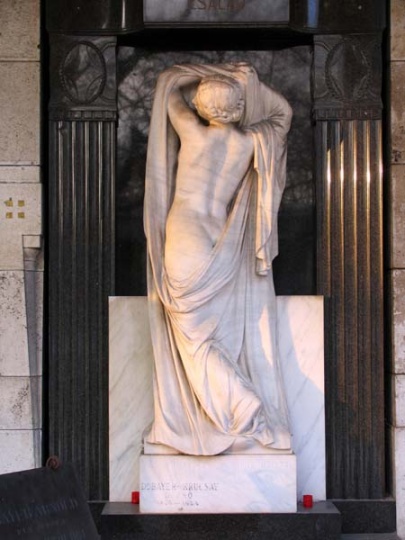 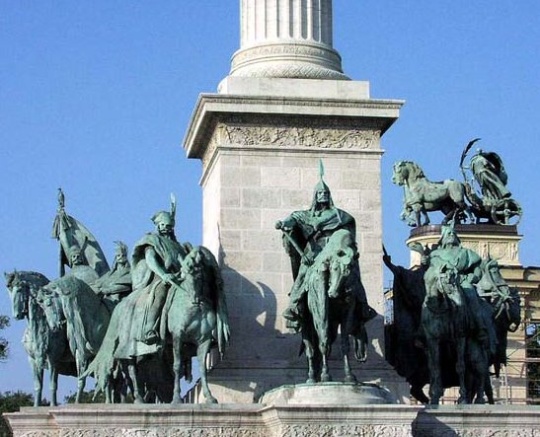 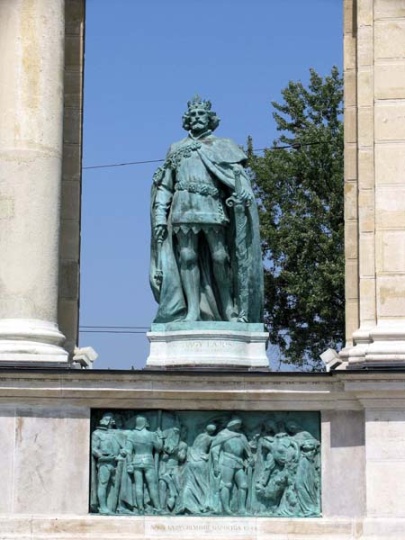 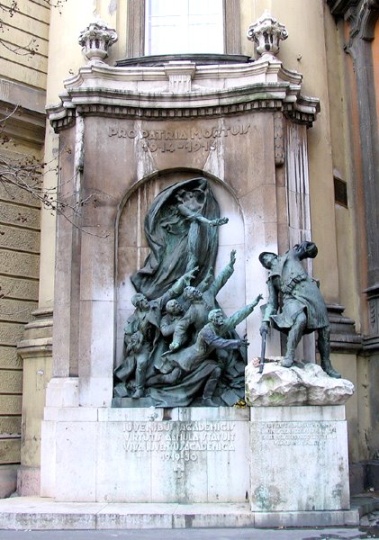