Lajos Kassák was a Hungarian poet, novelist, painter, essayist, editor, theoretician of the avant-garde, and occasional translator. He was among the first genuine working-class writers in Hungarian literature. Self-taught, he became a writer within the socialist movement and published journals important to the radical intellectual culture of Budapest in the early 1900s. Although he cannot be fully identified with any single avant-garde movement, he adopted elements of expressionism, futurism and dadaism. 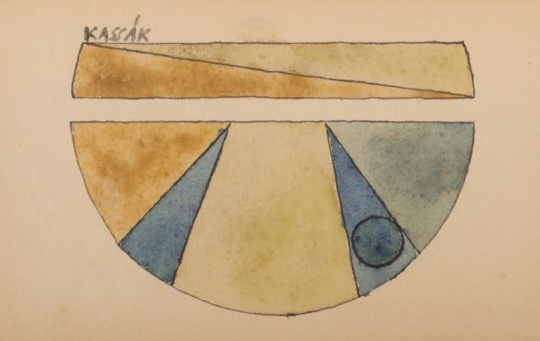