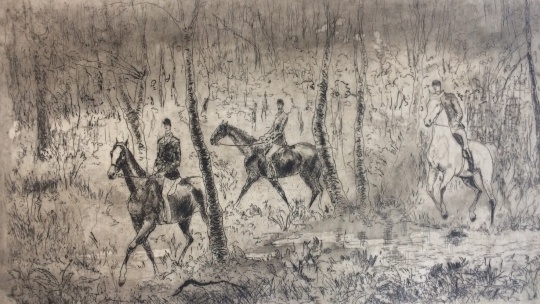 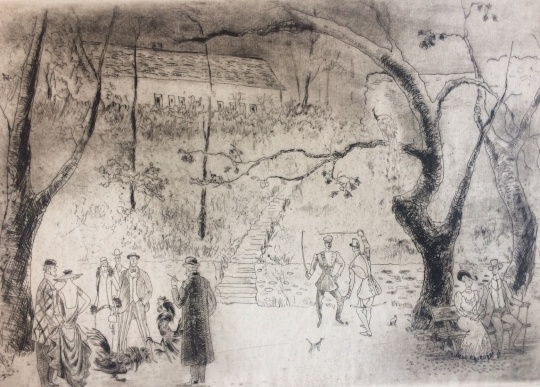 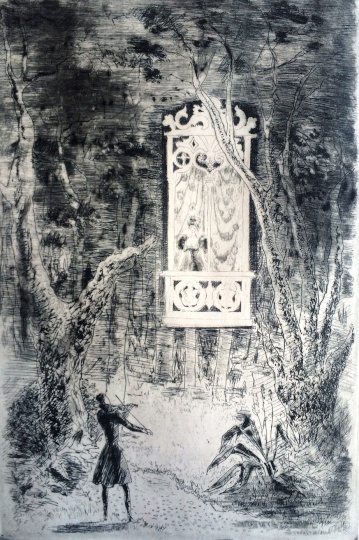 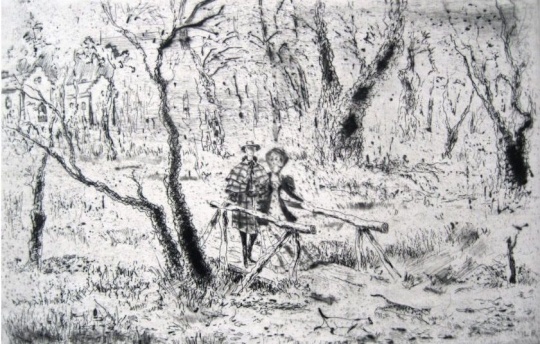 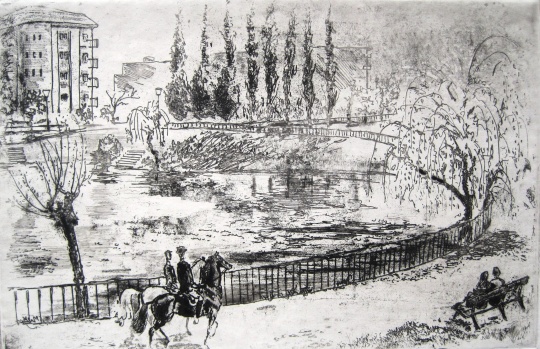 Horsemen at the lake 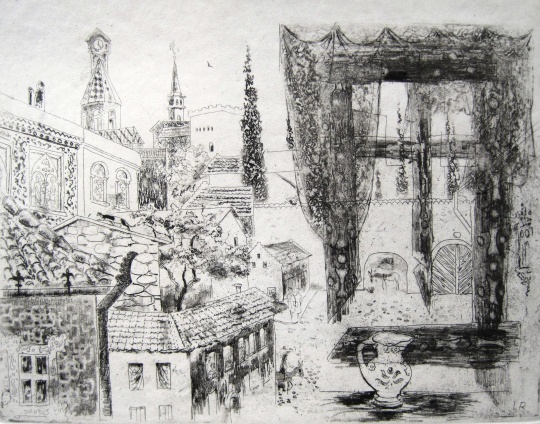 He was born October 3rd 1904 in Nagyszénás and died January 7th 1991 in Budapest. Rudolf Láng chose a career in the arts much against his parent’s will. He studied under masters János Vaszary and István Szőnyi. Between 1922 and 1928 he attended l’Academia delle Belle Arti in Firenze, Italy. From 1935 to 1938 his works were shown at the group exhibitions of the Nemzeti Szalon. his first solo exhibition had its opening in 1948 at the Művész Gallery.
He spent 20 years working for the Vígszínház. During this time he also designed for Thália Színház and Körszínház as well as several countryside theatres – Miscolc, Debrecen, Szolnok, Kecskemét, Veszprém - and participated in the making of three Hungarian films. He was awarded the “Merited Artist” distinction on his sixtieth birthday in 1964. 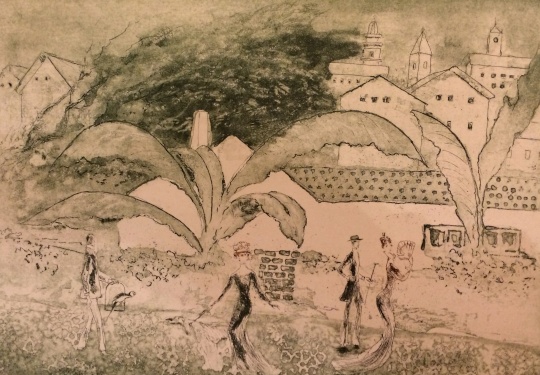 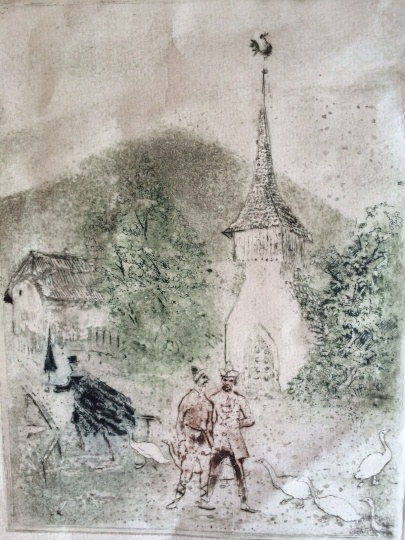 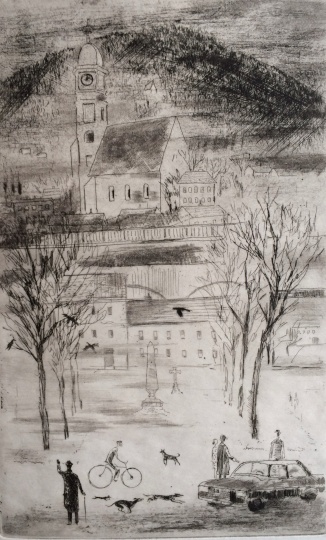 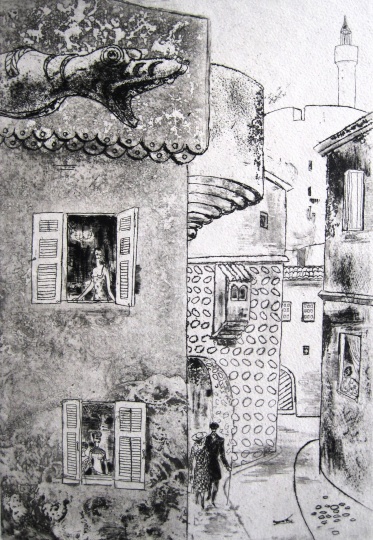 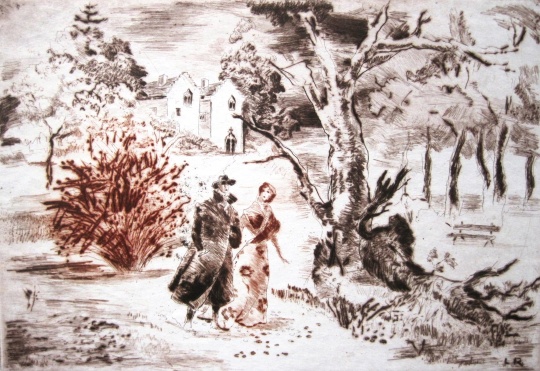 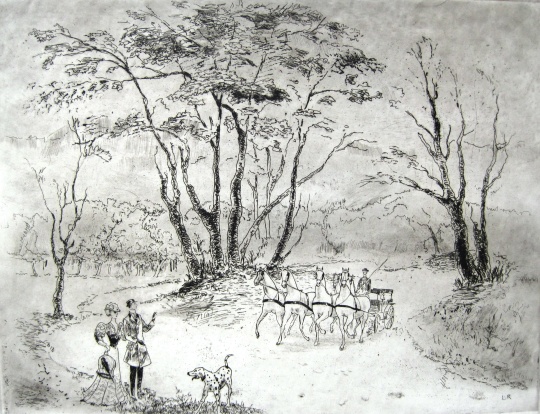 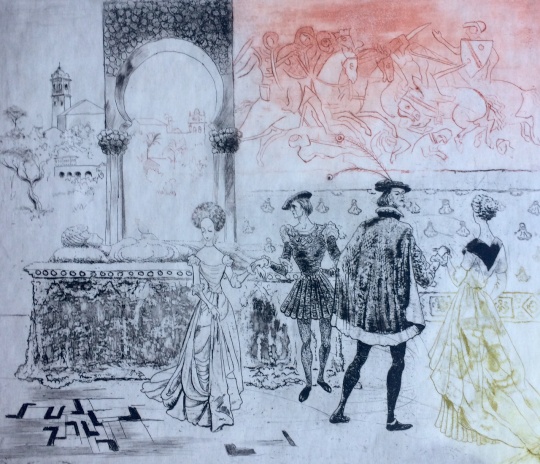 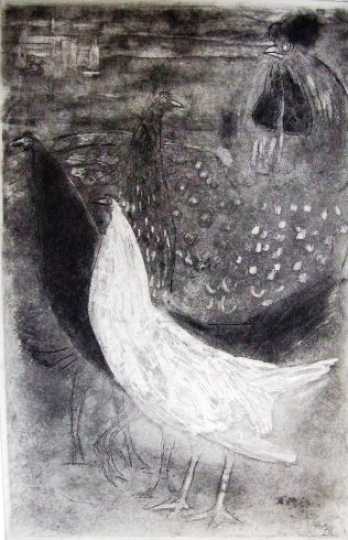 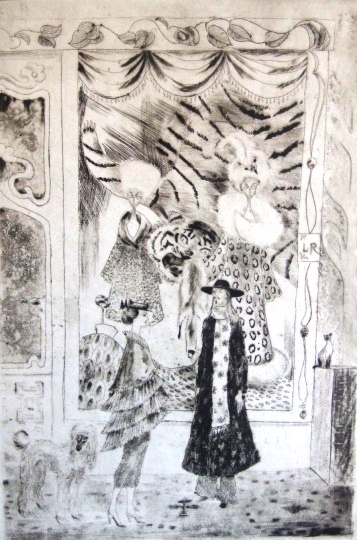 In front of the showcase 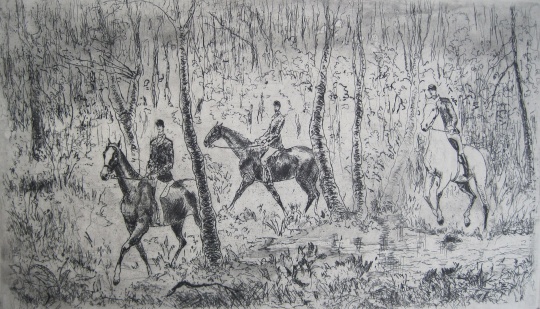 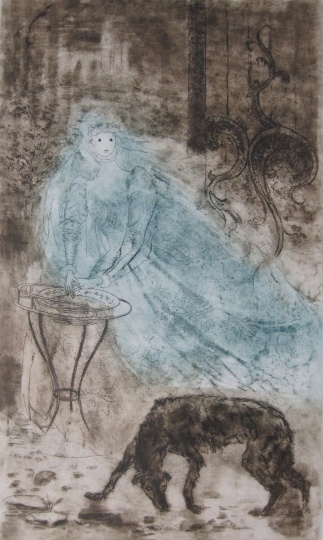 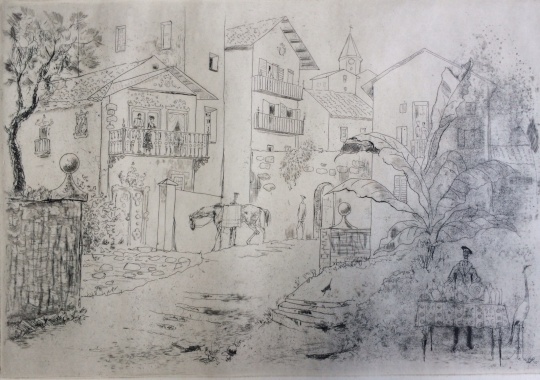