Hugó Scheiber was born in 1873 in Budapest. He was brought from Budapest to Vienna at the age of eight where his father worked as a sign painter for the Prater Theater. At fifteen, he returned with his family to Budapest and began working during the day to help support them and attending painting classes at the School of Design in the evening, where Henrik Papp was his teacher. He finished his studies in 1900.

From 1910 he onward showed his increasing interest in German Expressionism and Futurism, this developed his new stylized shapes- and expressive colors using world. However, in 1915 he met the great Italian avant-gardist Filippo Tommaso Marinetti and the two painters became close friends. Marinetti invited him to join the Futurist Movement. In 1919, he and his friend Béla Kádar held an exhibition at the Hevesy Salon in Vienna, which was a great success and at last caused the Budapest Art Museum to acquire some of Scheiber’s drawings.

A turning point in Scheiber's career came, when Herwarth Walden, founder of Germany's leading avant-garde periodical, Der Sturm, and of the Sturm Gallery in Berlin, became interested in Scheiber's work. Scheiber moved to Berlin in 1922, and his paintings soon appeared regularly in Walden's magazine and elsewhere. Exhibitions of his work followed in London, Rome, La Paz, and New York. In 1933, Scheiber was invited by Marinetti to participate in the great meeting of the Futurists held in Rome in late April 1933. 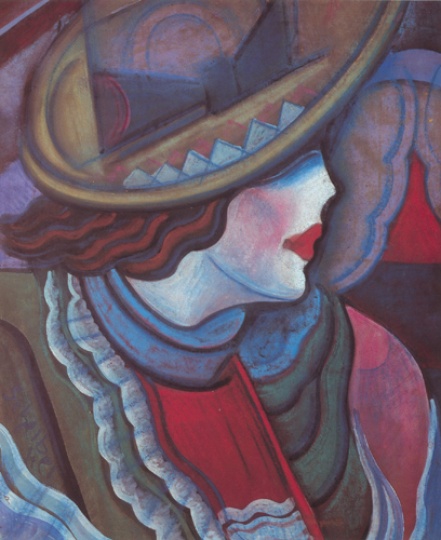