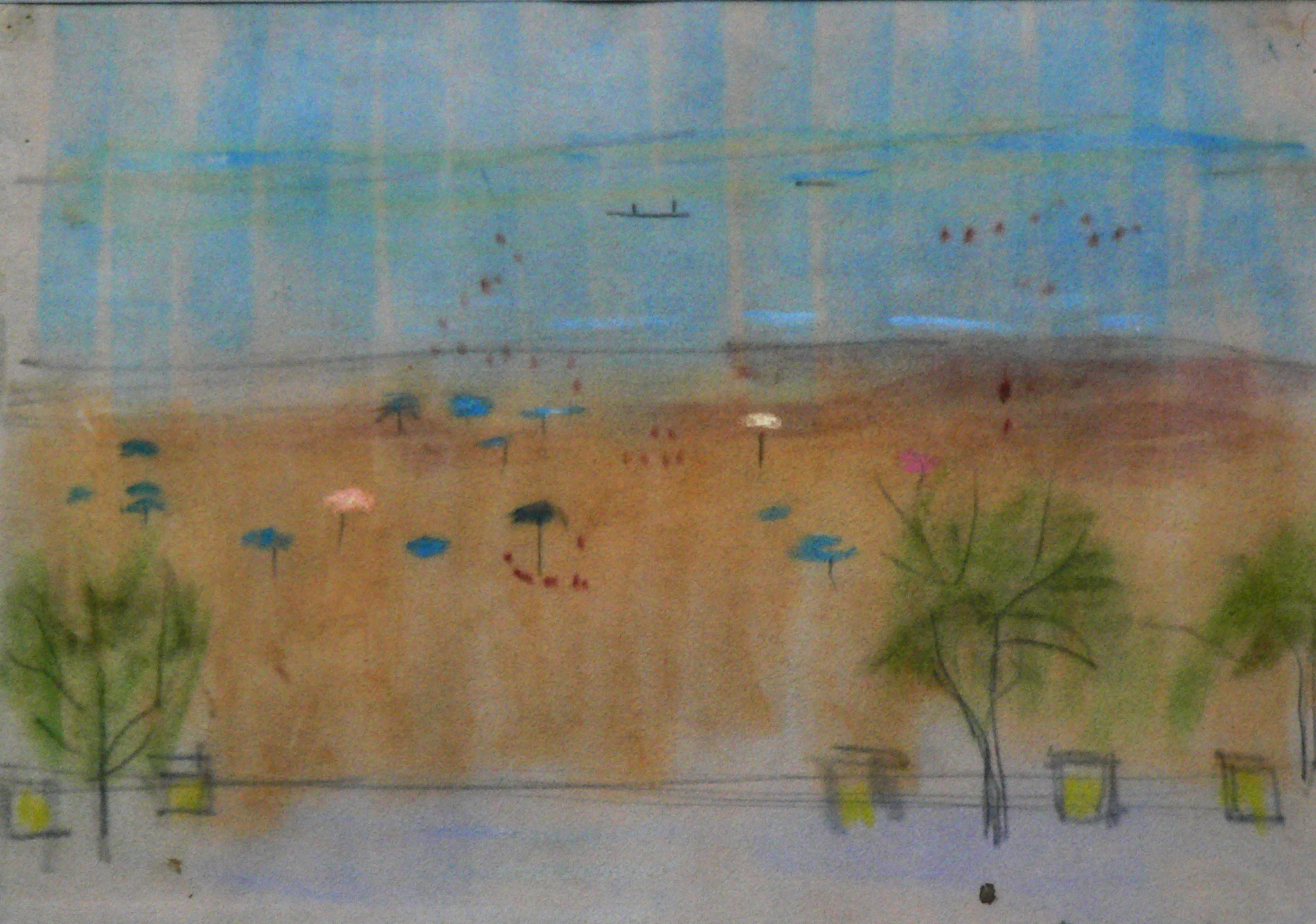 Eszter Mattioni, the former creator of the Szolnok Artists' Colony, gained recognition as one of the most significant recorders of the Hungarian landscape in addition to painting the motifs of Hungarian folk costume and folk art. His paintings mostly reflect the neoclassical style of his age, that is, the influence of the Roman school. Its landscape, which was made on tissue paper, retained its characteristic color scheme, unlike the other works in Strandélet's composition.

In the picture drawn with a felt-tip pen, the yellowish-brownish-reddish sand dunes of a beach are dotted with tiny parasols. At the beach accessories, only the people “covering” the shore are smaller, and we can almost see them from a bird’s eye view, so they look like dots of red dots. This distance makes the image of Eszter Mattioni airy, vibrating from the sun, on the horizon of which boats sway on the foams of the shining sea, people bathe.
At Strandélet, Eszter Mattioni brings together her small figures in a stylized order, composing her lush trees with decorative foltrythms that line the shore. The other elements of his creation are also brightly colored, blurry spots that capture the atmosphere of a summer beach in an impressionistic way. The colors of the four-division image fields, separated by subtle black lines, blend into each other, creating a watercolor effect.
However, this effect of giving the feeling of watercolor is deceptive, since Mattioni used a felt-tip pen to make his work. Its colorful, decorative coloring, Strandélet exudes the freshness of plain-air.