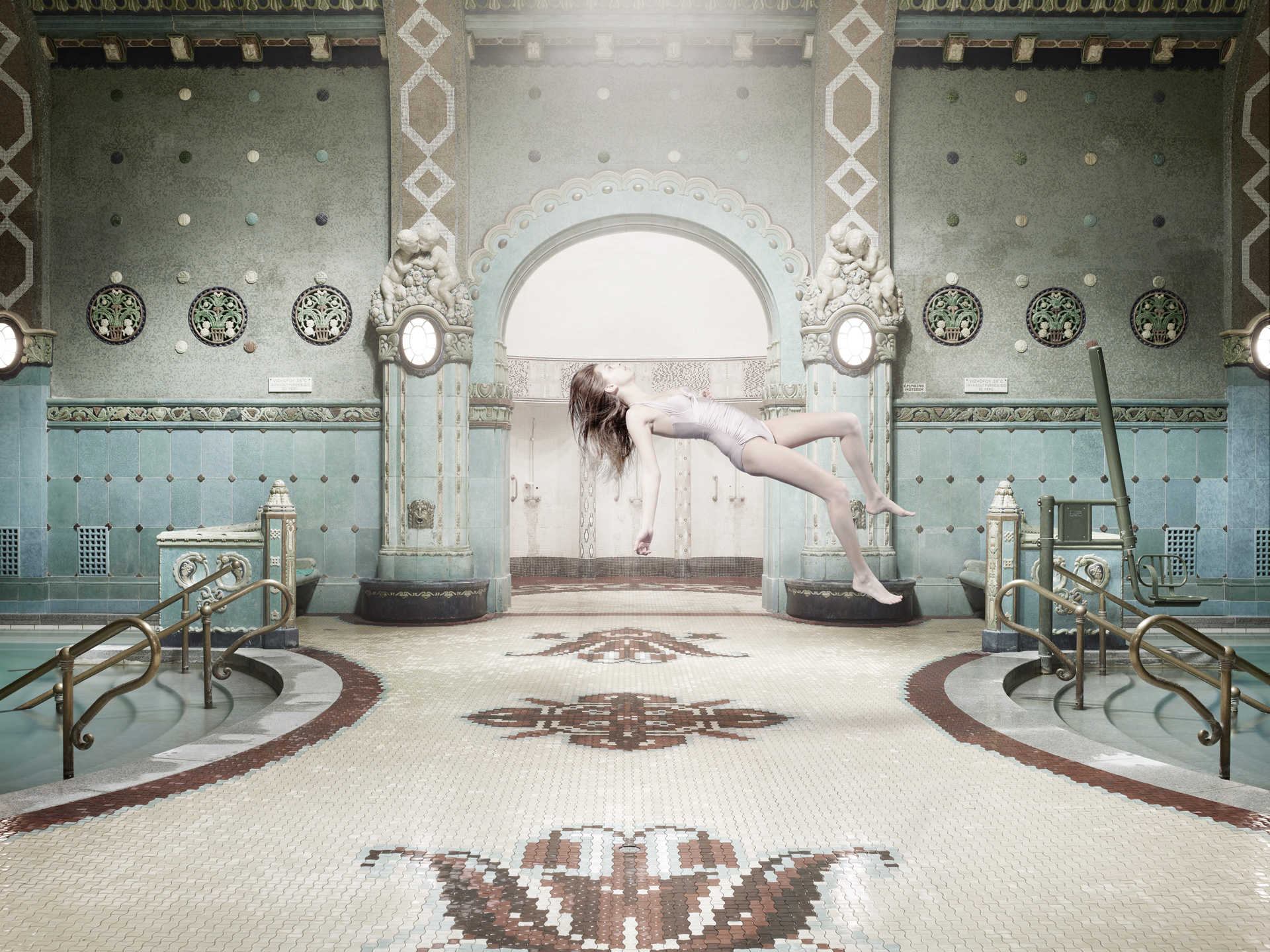 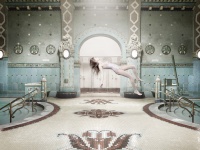 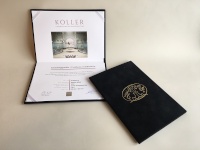 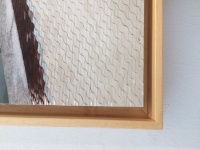 We see a stately picture about an inside of a bath. In the middle of the artwork a shape of a girl appears, who is floating above the bath’s mosaic tiles. She bends her head backwards and her long hair is waving. Her body seems weightless, is not flying, is not falling, is not lifting up. Her airy thin body is irradiated by a strong white light from up.
Her nacreous coloured swimsuit harmonizes with the bath’s and water’s colour. The girl’s body creates a triangle with the banisters what are directed towards to the pool. Her hanging arm points towards the middle mosaic ornament of three.
The picture prepared with a geometrical severity. The bath’s gate is discernible in the background and the artist put the levitating figure exactly its center. The parts of the building are visible symmetrically: the with mystical creatures decorated base, the capitals with decorative putto statue group, and the walls with adornments.
On the “Floating 3.” artwork Bence Bakonyi photographer perpetuates Budapest’s amazing secessionist show-place: Gellért Bath’s interior, which was built in the beginning of 20th century. The photo documents the real and impressive interior of the monument like a postcard.
The floating girl gives the specialty of the photograph, who as if dives in this realistic space while herself and her movement are parts of the volatile and incomprehensible reality, which is created by the work. Because of this the photo becomes an artwork. In Bakonyi’s creation the fantasy is combining with the reality.
The “scene” of the levitating protagonist is not a magic, only a montage which raises an illusion in the spectator and also reinterprets the reality. The placed figures break up with the convention in Bakonyi’s photo series and the built social spaces are not populated by the real people but irrespectively of the rules of physics, they are free and timeless lonely individuals.
The Floating 3 artwork belongs to Bence Bakonyi’s „Floating” series, where he represents levitating people in the capital’s show-places. This series was exhibited worldwide in 23 galleries. In 2013 was introduced in Sanghai Xuhui Art Museum. Also we could see them in New York, Toronto and Melbourne.