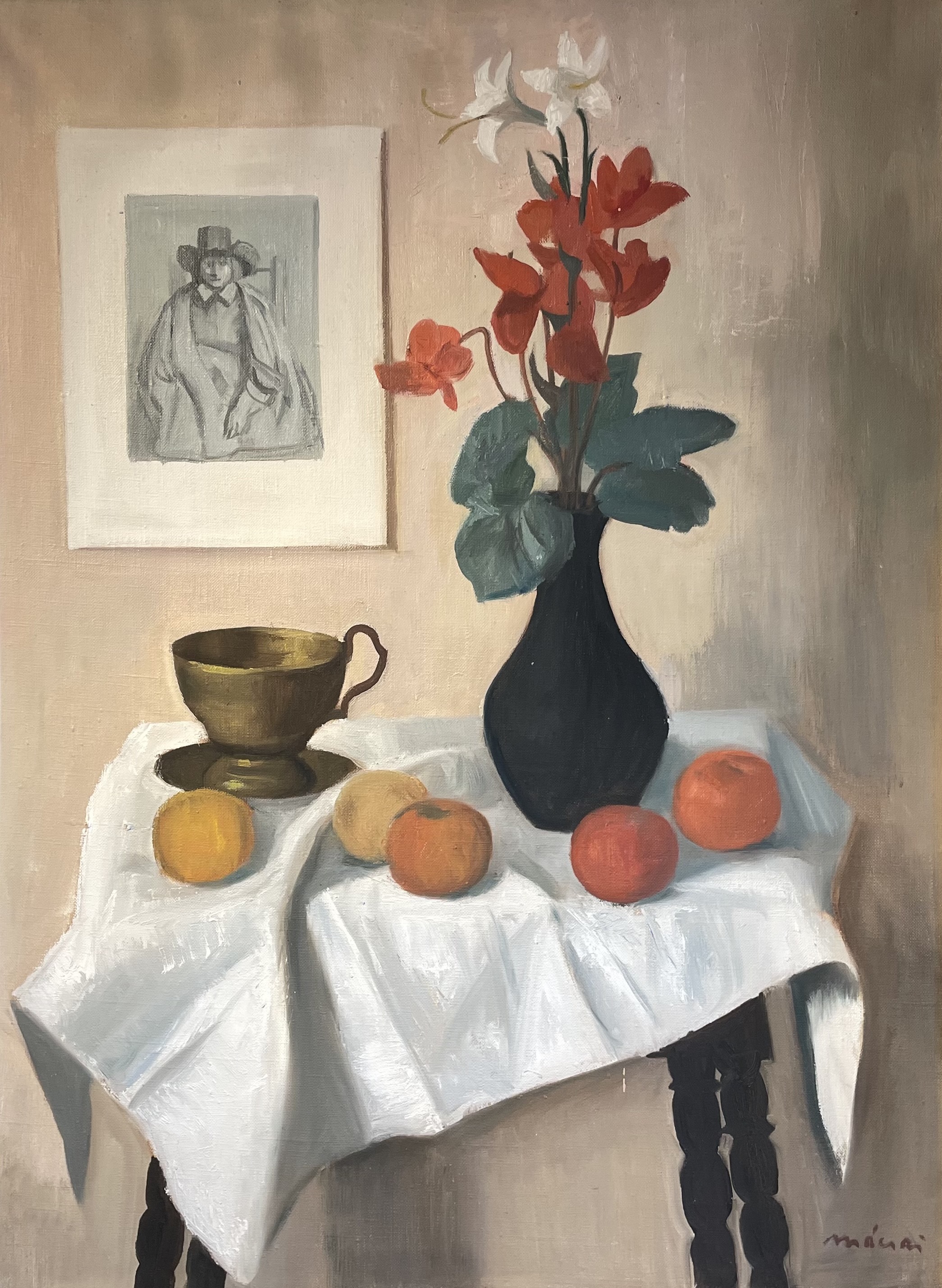 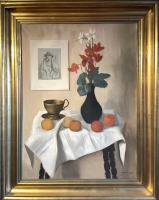 At the beginning of his career, István Mácsai painted life pictures, portraits, still lifes and symbolic works, later the built environment and residence of man, and the capital, Budapest, were the main objects of his painting.
Your work can be divided into several phases. At a young age, he learned from his master, Aurél Bernáth, working with brushwork in post-Nagybánya-greshames, his works were loosely composed and "airy." Another turn of the 1990s ensues, further stretching the compositional system of his paintings, which are already symmetrical with respect to the vertical centerline, and then in the mid-1990s its color blossoms and paints many details of its immediate surroundings.
His art can be said to be characterized by emotional motivation behind coloraturalist, photorealistic, hyperrealistic painting and objective emphasis. Within the framework of the objective tone, he does not give up the mood-emotional values ​​of the painting, he makes his pictures varied with interesting ideas and symbolic props.
Hommage also does this in his still life Rembrandt, in which István Mácsai shows a picture of an interior. At the center of the composition is a table with a vase full of flowers and fruits lying on it. The "ornament" of the room is a wall-hanging portrait by Rembradt himself of Clement de Jongher, an art dealer and passionate art collector who lived in his day. The original etching, made in 1651, is the property of the Metropolitan Museum of Art in New York.
Hommage is a tribute to Rembrandt, the Dutch painter genius who made nearly 300 etchings during his lifetime. One such etching is shown, as in the picture, by István Mácsai, who "heads" in front of the master's unparalleled graphic knowledge.